The Scottish Episcopal Church has a proud record of engagement in interfaith relations in Scotland.

In addition the Episcopal Church has been a leading developer of the Just Festival in Edinburgh, which has a strong interfaith dimension.

Our Interfaith Relations Committee (previously know as CRPOF) exists to encourage an engagement of Episcopalians with people of other faiths that moves us beyond tolerance, that challenges prejudice and that deepens our faith through hospitality and encounter.

The 2011 census underlined the extent of the diversity within Scotland, particularly in our urban areas, and it is important to build bridges in a culture of fragmentation, where diversity and difference, we are sometimes told, lead only to conflict.

Our experience is that the opposite can be true: that people from the range of faith communities present in Scotland truly welcome and value approaches from other faiths.

A first step is to overcome our ignorance and fear through learning about the living heart of another’s faith, but beyond that, we can move into joint action, and robust conversation about our differences.

The dynamics of inter-faith encounter were explored in a Grosvenor Essay produced by CRPOF in 2006.

Bonds of affection and friendship between Aberdeen Church and Mosque

There had been widespread media coverage on the relationship between St John’s Episcopal Church in Aberdeen and the adjacent Mosque. The Rev Isaac Poobalan, Rector of St John’s Church spoke about his initiative to invite Muslims who were praying outside their already full Mosque into the Church to pray there.  The Rt Rev Dr Robert Gillies, Bishop of Aberdeen & Orkney, added his support to this and says:“It would be good to think that we can change the world. Most of us most of the time feel we can’t so don’t bother. But sometimes, someone has a vision that we can do something of global significance on a local scale. This is what is happening between St John’s Episcopal Church on Crown terrace in Aberdeen and the Mosque in its grounds.

“Internationally the news speaks of tension and struggles between Islam and Christianity. Yet here in Aberdeen a Mosque and a Church have built bonds of affection and friendship. It must be stressed that neither has surrendered or compromised any aspect of the historic faith to which each holds. But mutual hospitality and goodwill exists. Cooperation is there a-plenty. Laughter can be heard as humour links people together.

“If you go to St John’s Church you’ll see unlocked doors that link Church and Mosque. You’ll find a footpath physically connecting one to the other. It’s a footpath which we hope can be developed into a café and recreation area where people can be welcomed into both buildings.

“Basically put, when people get together locally things begin to happen which can seem beyond reach on the international scale. Everyone can do something locally and if more were to do so then something big might just begin to happen globally. That’s why the eyes of the world are on Crown Terrace in Aberdeen. Christianity and Islam don’t have to agree in order to be together. Here in Aberdeen they already are.” 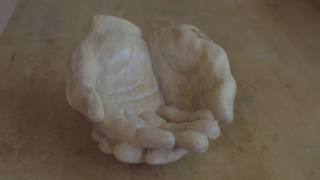