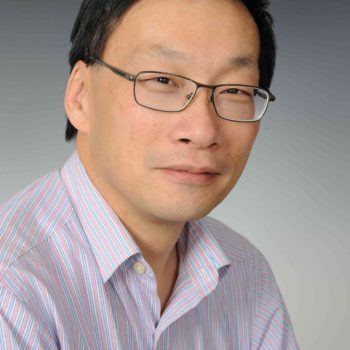 On 15 November  Professor Wilson Poon gave his Inaugural lecture as Chair of Natural Philosophy in the University of Edinburgh. Professor Poon, as well as being Professor of Condensed Matter Physics at Kings Buildings, is a regular preacher in his home congregation in the Diocese of Edinburgh, a former member of the Provincial Liturgy and Doctrine Committees and a contributor to past Grosvenor Essays. He also teaches and researches the relationship between science and Christian belief at New College, Edinburgh.

The Chair of Natural Philosophy at Edinburgh University is one of the oldest and most prestigious chairs in the University. It was established in 1708 and over the past 300 years has been held by such eminent scientists as Adam Ferguson, John Playfair FRS, Peter Guthrie Tait, the Nobel Laureate Charles Barkla FRS and, most recently, Michael Cates FRS.
Professor Poon delivered a mesmerising lecture entitled ‘Caramel, cement and corn flour; adventures of a modern natural philosopher’ which looked at – and indeed demonstrated – the properties of these dynamic substances. Understanding the states of such complex fluids is not only a challenge facing 21st century physics but a matter of great interest to industrialists in the areas of food production, construction and agri-chemicals. The sight of the Vice-Principal, Professor Lesley Yellowlees, walking across a bath of corn flour was but one highlight in a most entertaining and enlightening evening.