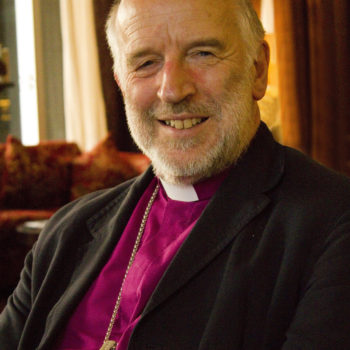 The Most Rev David Chillingworth has today announced that he will retire as Bishop of St Andrews, Dunkeld & Dunblane and as Primus of the Scottish Episcopal Church at the end of July this year.

Bishop David was consecrated Bishop of St Andrews, Dunkeld & Dunblane in 2005 and was elected Primus in 2009.

In his leadership roles in Scotland, Bishop David has consistently encouraged the church to become more missional. In his diocese, he has developed the Casting the Net initiative. In the wider life of the Scottish Episcopal Church, he encouraged the establishment of the Whole Church Mission and Ministry Policy. He believes that mission is rooted in faith commitment and in a deep understanding of history and context. He has worked to sustain the unity of the church as it addressed human sexuality issues.

Ordained in 1976, Bishop David spent the next 29 years in the ministry of the Church of Ireland within Northern Ireland. Much of that time was spent in places which were deeply affected by the Northern Ireland conflict. Throughout that period, particularly as Rector of Seagoe Parish Church in Portadown, he attempted to develop ways in which churches could challenge the sectarianism which powerfully influenced communities and churches in Northern Ireland. During that time, he also served successively as Dean and Archdeacon of Dromore.

Throughout his ministry, Bishop David has given a high priority to communication. He is a regular broadcaster and for over ten years has written a blog at www.bishopdavid.net

In announcing his retirement, Bishop David said: “it has been an immense privilege for me to exercise the interwoven ministries of bishop and Primus. The Scottish Episcopal Church has with increasing confidence been developing its mission and taking its place in the evolving story of Scotland.

“As the process for the election of my successor begins – and as God’s unfolding future for our church is revealed – I shall continue to hold this church and its leadership in my prayers.”