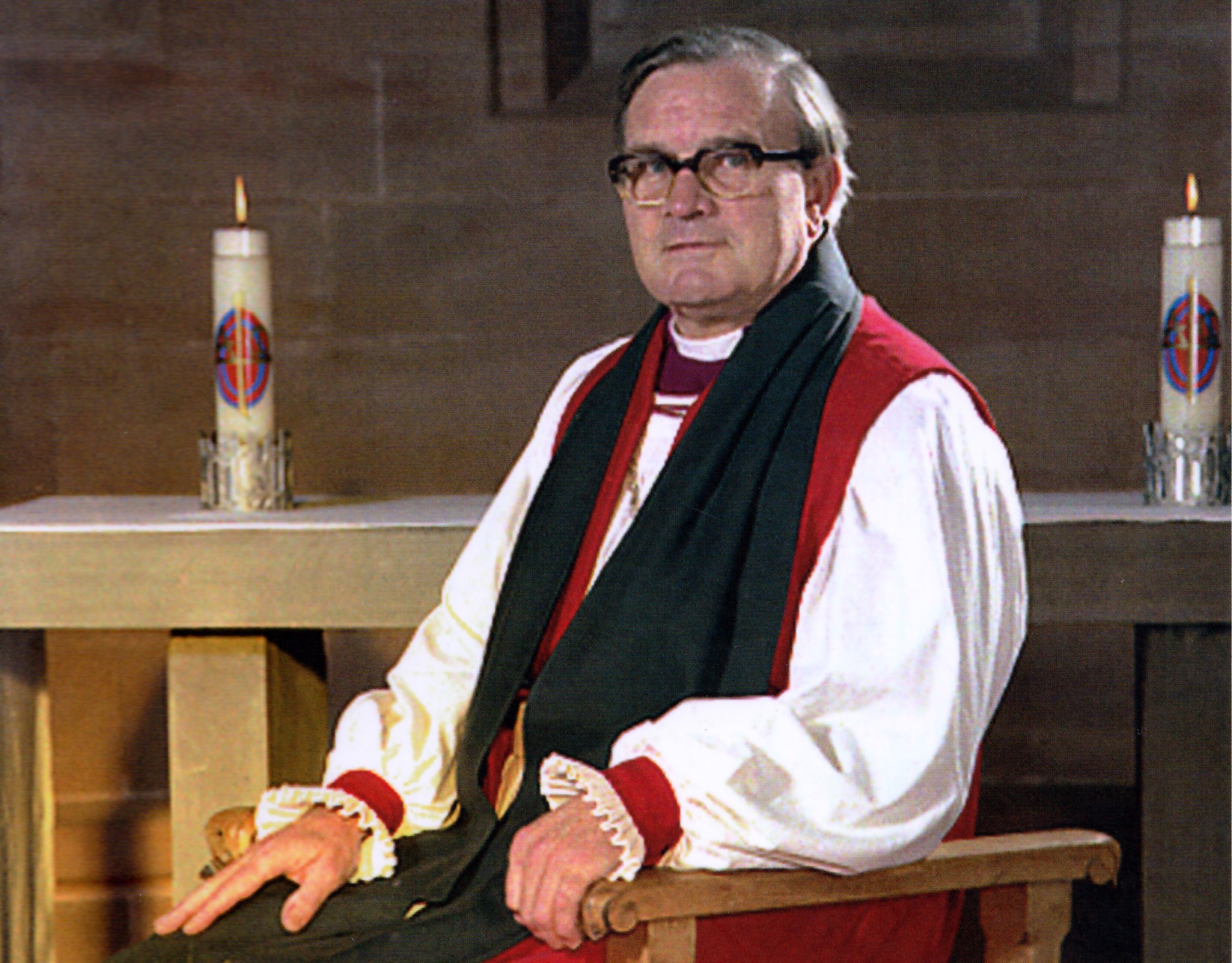 The Rt Rev Edward Luscombe, former Primus of the Scottish Episcopal Church, has died at the age of 97 after a period of illness.

Bishop Ted, as he was best known, was Bishop of Brechin for 15 years and served as Primus from 1985 until his retirement in 1990.

The Most Rev Mark Strange, current Primus of the SEC, said: “Bishop Ted has been an important part of the Scottish Episcopal Church for so many years that it almost seems impossible that he is no longer with us. He was Bishop and Primus at a time of great change and helped us navigate through those changes. Bishop Ted continued to support the church both formally as a Trustee and quietly in the writing of his fascinating and helpful histories.  Bishop Ted was also committed to the life of the Anglican Communion and as Primus worked hard to maintain links across the provinces of the Communion.”

Born Lawrence Edward Luscombe in Devon in 1924, he attended Torquay Boys’ Grammar School and then Kelham Theological College before seeing active service with the British Indian Army during the Second World War. He left the army in 1947 at the time of the partition of India, having reached the rank of Major.

He qualified as a chartered accountant in 1952 and worked for 11 years as a partner with Glasgow firm Galbraith Dunlop & Co before he was ordained deacon at St Mary’s Cathedral in Glasgow in 1963 . Previously he had held the posts of vestry member, lay representative and diocesan treasurer in Glasgow & Galloway.

He then resumed training for the priesthood at St Boniface College in Warminster (under the auspices of King’s College, London) and was ordained priest in 1964 during his curacy at St Margaret’s Newlands in Glasgow. In 1966, he became rector of St Barnabas, Paisley.

In 1971, he moved to Dundee where he held the position of Provost of St Paul’s Cathedral until he was consecrated Bishop of Brechin in 1975. Ten years later, he was elected Primus of the Scottish Episcopal Church, a position in which he served until his retirement in 1990.

From 1988 to 1993 he chaired the Inter-Anglican Finance Committee and the Primates’ Special Committee on the Anglican Centre in Rome in 1990.

He was made an Honorary Canon of Trinity Cathedral in Davenport, Iowa, in 1983, an officer of the Venerable Order of St John in 1986, and was awarded the honorary degree of Doctor of Laws (LLD) by the University of Dundee in 1987.

In retirement, he gained an MPhil and PhD research degrees from the University of Dundee where he was made an honorary research fellow in modern history in 1993.

Retirement also allowed Bishop Ted time to write a series of books about the history of the church and some of its notable clergy, his works including The Scottish Episcopal Church in the 2oth Century, Matthew Luscombe: Missionary Bishop, A Seminary of Learning, and Episcopacy in an Angus Glen.

Until his death, he held a warrant to officiate in three dioceses of the SEC: St Andrews, Dunkeld & Dunblane, Glasgow & Galloway, and Brechin. He had also been a Trustee of the Scottish Episcopal Church since 1985.

He was pre-deceased by his wife, Dr Doris Morgan, and is survived by his daughter Jean.

The Rt Rev Andrew Swift, current Bishop of Brechin, said: “Bishop Ted was an exceptional leader in his time as the Bishop of Brechin and left a solid foundation for all five bishops who have followed him. His inspiring character, capacity for capturing and retelling the history of the Diocese and his wit and sharpness in that re-telling have kept him at the heart of the Scottish Episcopal Church in Brechin Diocese.  He is still warmly recalled by the priests and lay people he supported in his years in the Brechin and in the years that followed.

“I found Bishop Ted to be a supportive and encouraging predecessor as I arrived in the Diocese – always happy to share anecdotes from his years as Bishop and always happy to offer a constructive view on modern issues and how to navigate them.  He will be greatly missed by all his friends and colleagues – may he rest in peace and rise in glory.”