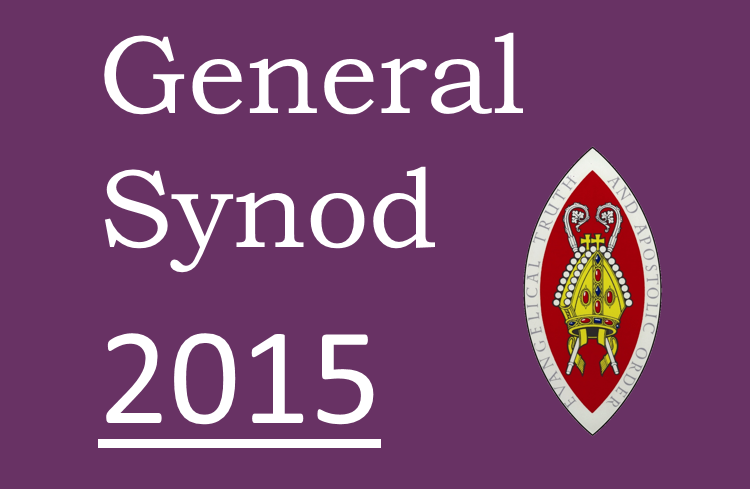 The General Synod of the Scottish Episcopal Church has today voted to begin a process for change in relation to its Canon on Marriage. It has therefore instructed the Church’s Faith and Order Board to begin the two year process which may lead towards canonical change. That change would potentially allow the marriage of same gendered couples in Church in late 2017. The option which Synod voted for states:

Removal of section 1 of Canon 31. This option would remove section 1 from Canon 31* in its entirety so that the Canon was silent on the question of a doctrine of marriage.

General Synod also decided to add a conscience clause that ensures that no cleric would be obliged to solemnise a marriage against their conscience.

Commenting on the decision by General Synod today, The Most Rev David Chillingworth, Bishop of St Andrews, Dunkeld & Dunblane and Primus of the Scottish Episcopal Church says “Our General Synod has taken two important steps forward today.  We have decided that we wish to consider possible change to our Marriage Canon.  We have identified one possible expression of that change.  This potentially creates a situation in which Same-Sex marriages could be celebrated in churches of the Scottish Episcopal Church.  That would also allow our clergy to enter into same-sex marriages.  It is important to realise that at this point this is an indicative decision only.  Any change to the Canon will require the normal two year process and two thirds majorities will be required.  That process will begin at General Synod 2016 and cannot be complete until General Synod 2017.”

*Canon 31, section 1 states The Doctrine of this Church is that Marriage is a physical, spiritual and mystical union of one man and one woman created by their mutual consent of heart, mind and will thereto, and is a holy and lifelong estate instituted of God.

A vote to instruct the Church’s Faith and Order Board to prepare canonical material to enable the registration of Civil Partnerships to be undertaken in the Scottish Episcopal Church, failed to pass.