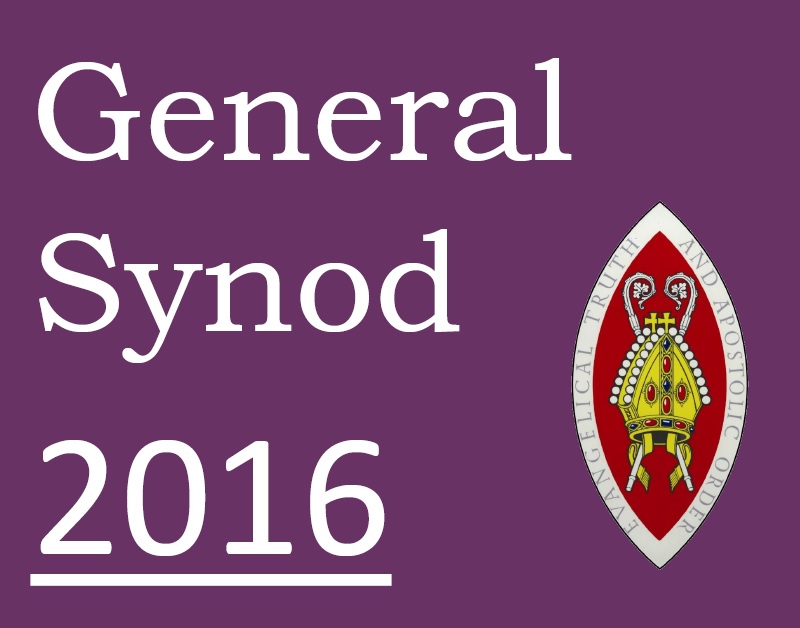 Representatives from dioceses across Scotland will gather in Edinburgh for the annual meeting of the General Synod of the Scottish Episcopal Church, which takes place on 9-11 June at St Paul’s and St George’s Church, York Place, Edinburgh.

A range of topics and issues will be debated throughout the three days of Synod, including Scotland’s role within the world-wide Anglican Communion, and the Scottish Episcopal Church’s response to the Growth in Communion, Partnership in Mission Report produced by the Church of Scotland and Church of England.

Wider engagement of the Church with Society and its issues will be a particular feature of this year’s General Synod through discussions on climate-related issues and poverty. The Synod will also be invited to back a Motion calling on the Westminster Government to cancel the renewal of Trident.

What is likely to attract most attention at this year’s General Synod is the first reading of a proposed alteration to the Church’s Canon on Marriage. This proposal would remove the doctrinal clause which states that marriage is between a man and a woman and would add a conscience clause for those who would want to exercise their right not to conduct a same-sex marriage. If the proposal is approved in 2016 there will be a further debate in 2017 when a two thirds majority in each ‘House’ of Bishops, Clergy and Laity would be required.

Preparing for General Synod the Most Rev David Chillingworth, Bishop of St Andrews, Dunkeld & Dunblane and Primus of the Scottish Episcopal Church says: “We are considering an issue which is profoundly challenging for all churches. Over the past two years we have been engaged in a series of discussions in our province, dioceses and congregations. People have been courageous and open in expressing and listening to the diversity of views on same sex marriage which are held within the Scottish Episcopal Church.

“We now come to the point where we must make a decision about the way forward for our church. We do that in all humility seeking the will of God and attempting always to sustain our unity in the midst of our diversity.”

Anyone who is not a member of General Synod is welcome to sit in the public gallery of St Paul’s and St George’s Church during the meeting of General Synod, and live video coverage of the meeting will be available on the Scottish Episcopal Church website, https://www.scotland.anglican.org/who-we-are/organisation/the-general-synod/general-synod-live-video-stream/ together with online updates of the proceedings and decisions of General Synod 2016.