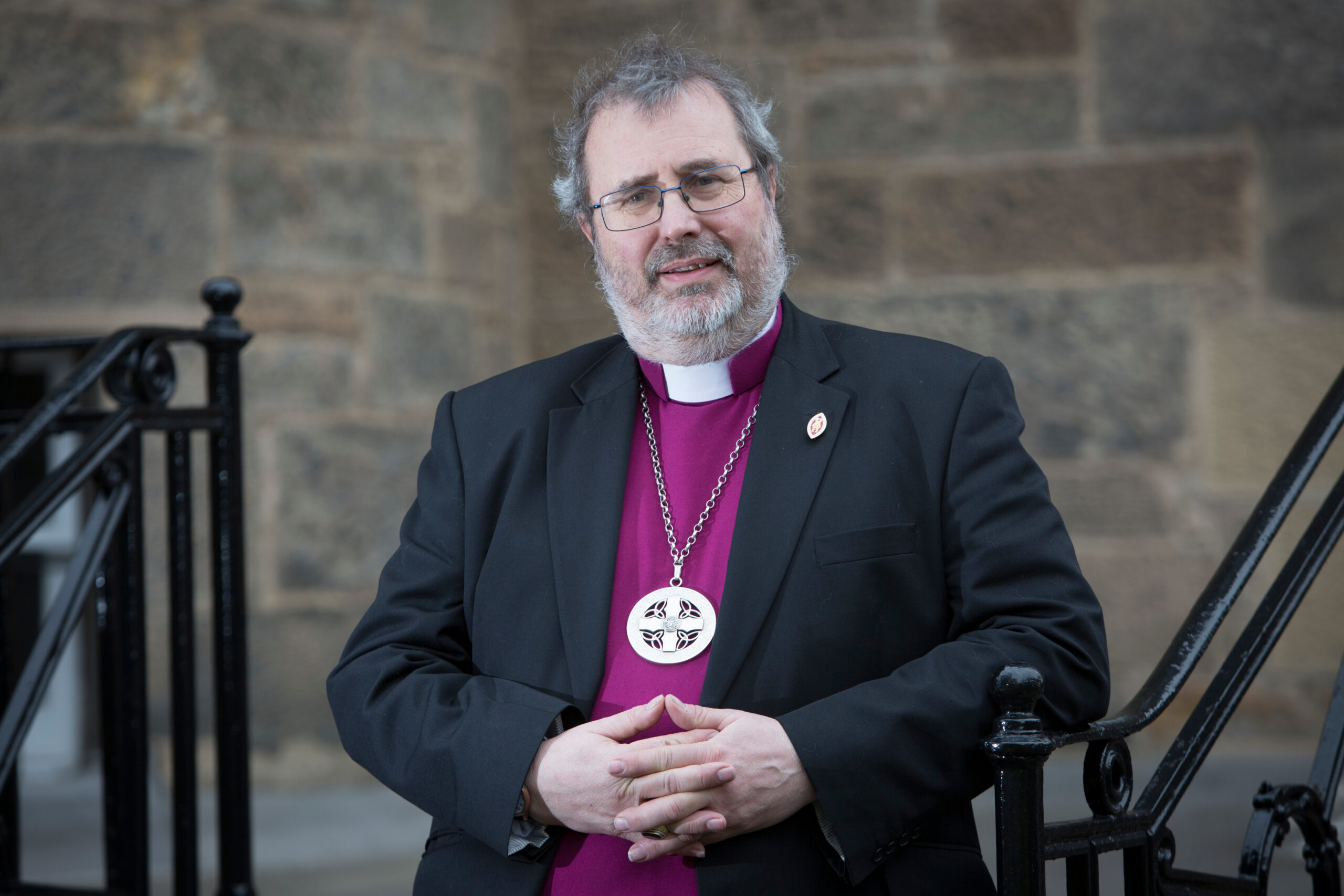 Bishop Mark Strange, Primus of the Scottish Episcopal Church, was a guest on the ‘Sunday’ programme on BBC Radio 4, where he discussed the Glasgow Multi-Faith Declaration.

Faith leaders across the UK have united ahead of COP26, the climate change conference in Glasgow next month, in a move they hope will raise a new generation of advocates for climate justice.

More than 50 religious leaders signed the Glasgow Multi-Faith Declaration which calls for those in power to put the 2015 Paris Agreement into effect. The Paris Agreement is a legally binding international treaty on climate change adopted by 196 parties at COP21 in Paris.

The Declaration stresses that urgent action is needed to avert the loss, damage, and forced migration threatened by climate change.

Religious leaders are asking for a transition to a just and green economy and for governments to commit to science-based targets aligned with a zero-emissions future.

The Declaration follows on from the interfaith Lambeth Declaration made for COP15 and the Scottish Religious Leaders’ Forum Statement of Commitment of 2020.

The Scottish Episcopal Church is one of the signatories to the Declaration, which was featured in the lead item on the ‘Sunday’ programme.

“The basis of the Declaration is that it’s not good enough to ask other people to make changes in their lives,” Bishop Mark told presenter William Crawley. “It’s not good enough simply to be saying to politicians, to governments, to institutions: ‘You’ve got to do this otherwise the planet is in danger.’ It has to start with each of us, actually having the commitment to not only do things for ourselves but to have the courage to speak about that to others.

“Part of this Declaration is that we will hold each other accountable for what we are doing. There is a sense that if we don’t make those changes, if we don’t work hard to indicate why we need to make those changes, if we simply ask someone else to do it, that’s never going to work. It has to be each of us, looking at our own life. What can we renew, rather than just buy? What can we do without, rather than having too much? What changes can we make?”

The full BBC Radio 4 interview can be found here.

Our faith communities are united in caring for human life and the natural world. We share a belief in a hopeful future, as well as an obligation to be responsible in caring for our common home, the Earth.

We recognise the opportunities that COP26 brings in addressing the urgent need for action in limiting the effects of climate change and the critical importance of decisions made in this conference to take forward the agreement made in Paris in 2015.

People have exploited the planet, causing climate change. We recognise that the burden of loss and damage falls most heavily on people living in poverty, especially women and children.

We acknowledge the commitments made through the Lambeth Declaration in 2015. Now, because of the gravity of our situation, the impact of climate change around the world, and the inequality of its effects we seek to strengthen those commitments.

We commit to respond to this challenge by:

• Reflecting deeply in prayer, meditation and worship to discern how to care for the earth and each other, and to encourage our respective communities to do the same.

• Making transformational change in our own lives and in the lives of our communities through individual and collective action.

• Being advocates for justice by calling on governments, businesses and others who exercise power and influence to put into effect the Paris agreement; to make the transition to a just and green economy a priority; and to commit to science-based targets that are aligned with a healthy, resilient, zero-emissions future.

We remind governments of their commitments made in Paris in 2015 to limit global warming to 1.5 degrees, and of Article 17 of the Universal Declaration on Bioethics and Human Rights to protect the environment, the biosphere and biodiversity. We call upon them to take the urgent action needed to avert the loss, damage, and forced migration threatened by climate change.

We look to governments to work together and with others to create a positive vision for 2050 where addressing climate change is not just an opportunity to stop burning fossil fuels, but also: to achieve cleaner air and water; to reduce food wastage; to ensure a just and equitable sharing of the earth’s resources; and to protect the habitats we share with all other life on whose health we also depend.

Across our doctrinal and political differences, we know that we must change our ways to ensure a quality of life which all can share, and we need to provide hope for people of all ages, everywhere, including future generations. To offer hope in the world we need to have confidence that those in power understand the vital role they have to play at the Glasgow COP26.

Our collective energy and prayers will be with those working for a successful outcome.