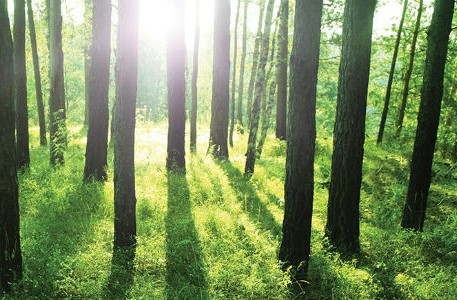 The Primus of the Scottish Episcopal Church is one of 28 religious leaders in Scotland to sign a statement of commitment ahead of the CoP26 event in Glasgow this year.

The 26th Conference of the Parties to the United Nations Framework Convention on Climate Change (CoP 26) was scheduled to take place in Scotland last year, but was postponed until 2021 because of the coronavirus pandemic.

In its statement, the Scottish Religious Leaders’ Forum commits to respond to the challenges of climate change by reflecting deeply in prayer on how to care for the earth and each other, making transformational change in our own lives, and by being advocates for justice.

As well as the Primus, the statement is also signed by the Rev Bonnie Evans Hills, convener Scottish Episcopal Church Interfaith Relations Committee.

“We the Scottish Religious Leaders’ Forum, are united as people of faith in protecting the dignity of human life and creation. We look forward, with others throughout the UK, to welcoming delegates, guests and pilgrims from around the world to Glasgow and Scotland, whether in person or online. We look forward to offering you our hospitality, solidarity and support, to listening to you, and to learning from the stories of your lives and your communities.

“We understand the gravity of the situation; the impact of climate change around the world; the inequality of its effects and the critical importance of decisions made in this conference to take forward the agreement made in Paris in 2015 (CoP21).

“We call for transformational change in our lives, our communities, our economies and our governments. We recognise that humanity has exploited the planet, causing climate change and that the burden of loss and damage falls most heavily on the poor, especially women and children. We call for care for each other and care of the earth to be the highest duty in all our lives.

“As the Scottish Religious Leaders’ Forum, we commit to respond to this challenge by:

❖ Reflecting deeply in prayer, meditation and worship to discern how to care for the earth and each other, and to encourage our respective communities to do the same

❖ Making transformational change in our own lives and in the lives of our communities through individual and collective action.

❖ Being advocates for justice by calling on governments, businesses and others who exercise power and influence to put into effect the Paris agreement; to make the transition to a just and green economy a priority; and to commit to science-based targets that are aligned with a healthy, resilient, zero-emissions future.

“We recognise the enormity of this task, especially for rich countries whose models of production, consumption, development and waste have caused many of the current climate-related problems. We ask those who visit us from around the world, especially those from countries who experience the worst consequences of climate change, to guide us. We conclude with an excerpt from a traditional Scottish blessing and Gaelic greeting;