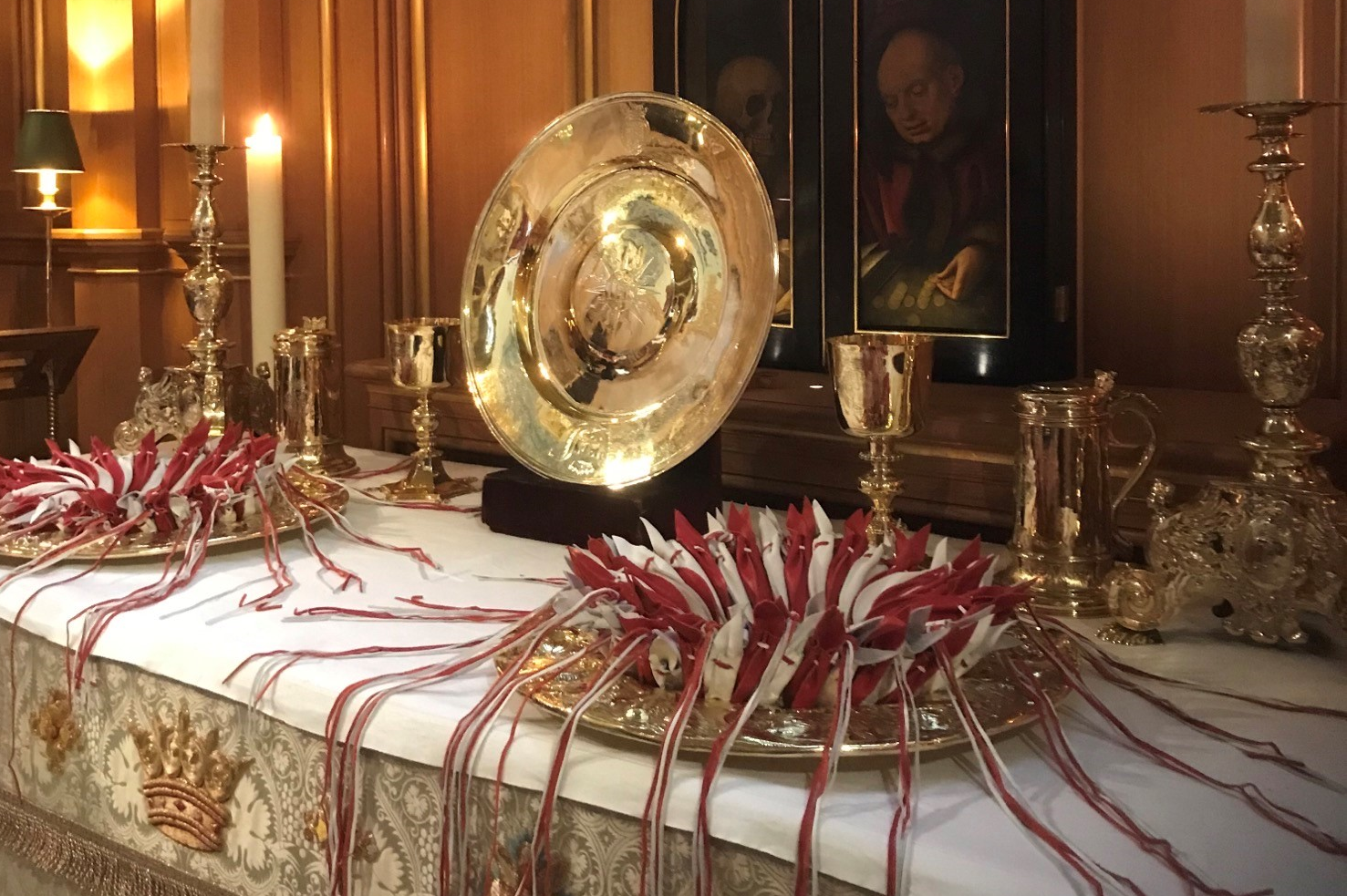 Three long-serving and highly respected members of the Scottish Episcopal Church enjoyed a surprise arrival in the post this week as recipients of this year’s Maundy money from The Queen.

Mr Kenvyn is convener of the Provincial Global Partnerships Committee and verger at St Mary’s Cathedral, Glasgow, Mrs Cunningham is a long-time member of St Mary the Virgin in Hamilton and a driving force behind Hamilton Churches Drop-In Centre to support those in crisis, and Dr Bertie is Archivist for the Diocese of Brechin and an author of several historical reference books.

All three were delighted with the delivery to their homes. “I was gobsmacked!” admitted Mrs Cunningham. This was a reaction shared by Dr Bertie, who said: “It was most unexpected, and I feel really honoured.”

Mr Kenvyn said: “I blame it on the Global Partnerships Committee!” But he added: “In small ways, our grants through the Church have helped to change the world for the better.” 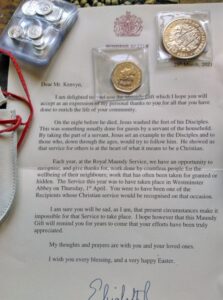 The Royal Maundy Service commemorates Jesus washing the feet of the Apostles at the Last Supper, and takes place annually on the Thursday before Easter Sunday. Traditionally The Queen has travelled to various cathedrals and abbey, distributing gifts to local people for their service to church and community.

Given the current circumstances created by the Covid-19 pandemic, the Royal Maundy Service scheduled for Westminster Abbey had to be cancelled, as also happened last year. Instead the Maundy money was blessed at the Chapel Royal, St James’s Palace, before being posted to recipients alongside a letter from The Queen.

Each recipient of Maundy money is given two small leather purses by The Queen, one red and one white. The first contains a small amount of ordinary coinage, traditionally £5.50, which symbolises the Sovereign’s gift for food and clothing. The sum is made up of a £5 coin to commemorate Her Majesty’s 95th birthday, and a 50 pence coin to mark the 50th anniversary of Decimal Day in 1971.

The second purse contains Maundy coins up to the value of the Sovereign’s age. This year, 95 pence worth of Maundy coins – silver pennies, twopences, threepences and fourpences – has been distributed to 95 men and 95 women.