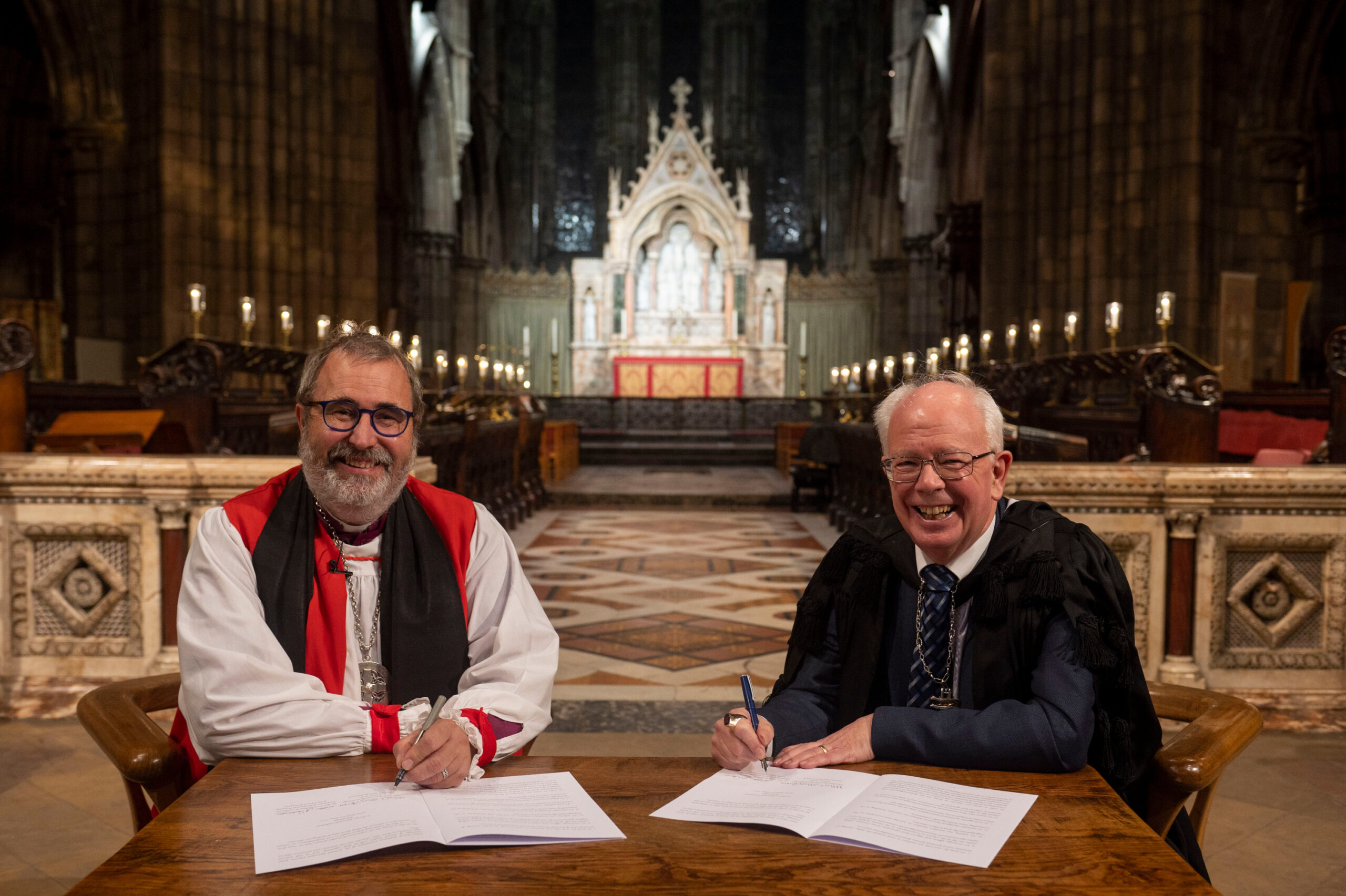 St Andrew’s Day has been marked with the signing of a joint Declaration between the Scottish Episcopal Church and the Church of Scotland during a special service at St Mary’s Episcopal Cathedral in Edinburgh.

At the service the Most Rev Mark Strange, the Primus of the Scottish Episcopal Church, and Lord Wallace, the Moderator of the General Assembly of the Church of Scotland, officially signed the Saint Andrew Declaration on behalf of the two churches.

The Declaration outlines a series of acknowledgments and commitments between the churches intended to deepen their relationship, and look at new ways of working together to serve the people of Scotland.

The agreement was welcomed and approved at both the General Assembly of the Church of Scotland and the General Synod of the Scottish Episcopal Church earlier this year.

After a conference to discuss and explore the churches’ future relationship, Rev Prof Canon Charlotte Methuen from the Scottish Episcopal Church and the Rev Sandy Horsburgh from the Church of Scotland led the cathedral service where the Declaration was jointly signed by the Moderator and the Primus. 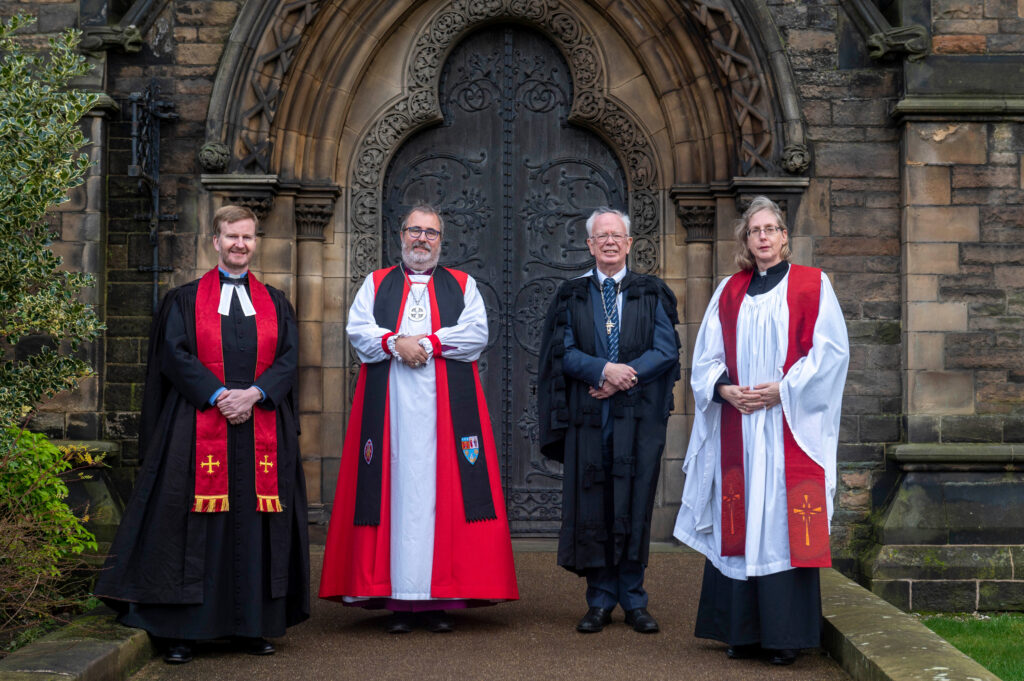 The Most Rev Mark Strange said: “In many places in rural Scotland there is now only one church building. It might be Episcopalian or it might be Presbyterian, yet there will be people of both churches in the community.

“If this Declaration gives people the confidence to share, and to allow the church to be open and present to each other, then what a wonderful place we have reached.

“I look forward to seeing where we can now go from here, together.”

Lord Wallace said: “I am delighted to be able to sign the Declaration on St Andrew’s Day in person alongside our friends in the Scottish Episcopal Church as we celebrate the close-working relationship between our two churches.

“We look forward in faithfulness to continuing to strengthen the ties, which already have deep foundations, and exploring our common calling further.”

Service reflection from the Primus

Service reflection from the Moderator

The service can be watched again here and the Order of Service is available here.