The College of Bishops of the Scottish Episcopal Church has endorsed and signed the following declaration from the Latin American Churches in response to the ongoing crisis in the Amazon Rainforest: 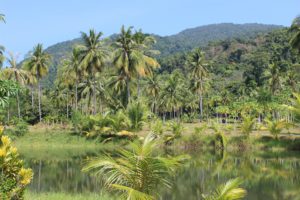 God speaks to us of all creation. Heaven and Earth proclaim the  presence of the love of God that gives us life in the forest, in the waters, in the atmosphere, in the miracle of seeds and in the diversity of all that exists. Every being who breathes participates in this love. Every being who breathes also knows that this lovemade world, is threatened and exploited by an economic model that transforms everything into merchandise, which does not accept limits for its expansion and accumulation of wealth.

We, churches, ecumenical councils, and faith-based organizations are aware of these painful, imminent and worsening threats:

In defence of the great Amazon, its people and all its created beings. In defence of our common home. In defence of every being that breathes. We want the Amazon alive, sovereign and protected. We commit ourselves to the dialogues of faith and to maintain our presence in the region taking as a priority all the beings and cultures of the Amazon. We are committed to:

You can read more about this joint declaration