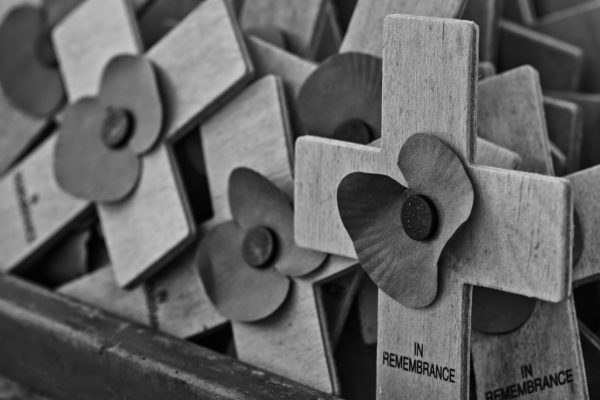 Today I stood in the Cathedral in Inverness as we prepared to end a responsibility we have undertaken here for four years.

On the Centenary of the outbreak of WW1 a candle had been lit in the Parish Church in Inverness that candle was then escorted across the river to the Cathedral and we have kept a candle burning until this weekend, the remembrance of the ending of the war.

I hadn’t really considered the effect on me of the removal of this symbol, the last remnant of its light will go out after the evening service tomorrow, that is until today as we prepared for another civic service at which the light from the candle was returned across the river. I think I had been more concerned about the odd symbolism of this than the accrued effect of the light ending.

Four years, how my life has changed in those four years, new family relationships, new family members, deaths, births, marriages. Ill health, good health, changes in society. It all seems such a long time, four years, yet that was how long the people of the world were at war, how long the trench system was defended, the time that shells landed, the 4 years of fear, death and destruction. Today It really hit home, those four years that the slaughtered could have contributed to their society.

So as we remember those sacrificed on the political aspirations of world leaders, let us also mourn the loss to the world of all that those who paid that final sacrifice.