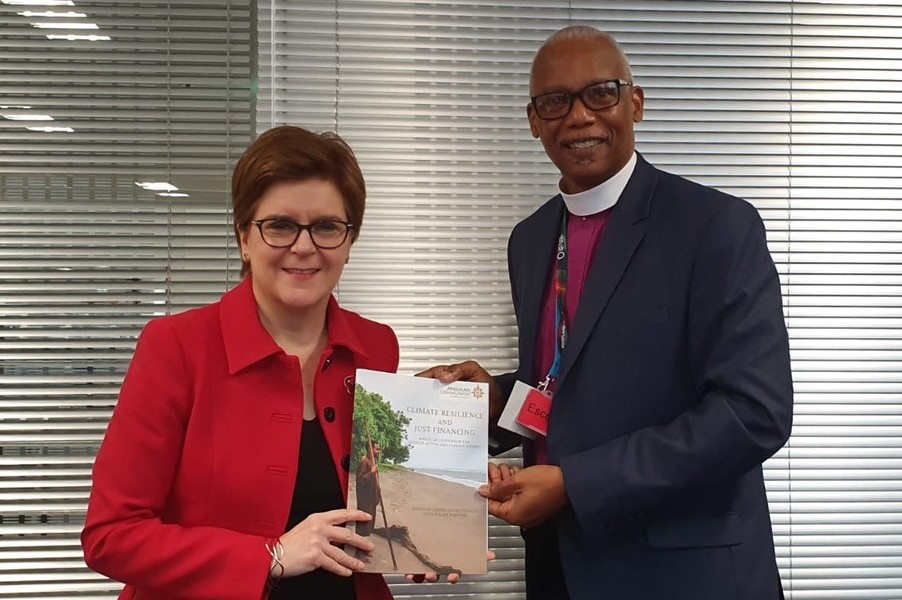 Anglican Communion Delegation leader Archbishop Julio Murray met First Minister Nicola Sturgeon today, along with other faith leaders from the Global South, to discuss the needs of that part of the world and how countries like Scotland can support international climate efforts in a fair and just way.

During the hour-long meeting Archbishop Julio, Primate of the Anglican Church in Central America, presented the First Minister with a copy of the delegation’s policy paper: Climate Resilience and Just Financing.

Archbishop Julio welcomed the recent announcement of the Scottish Government’s Climate Justice Fund, which will provide £1 million to support a partnership with the Climate Justice Resilience Fund to help communities repair and rebuild from climate-related events, such as flooding and wild fires.

The Archbishop said: “First Minister Nicola Sturgeon listened to the stories we had to share and also answered our questions. We were all very thankful for her initiative and also the big step that Scotland has made in offering £1 million for loss and damage. Scotland as a devolved nation is the first to offer a response to climate finance. This is an example for other governments to follow.

“We also presented the policy document prepared by the Anglican Consultative Council to the First Minister, who has committed to talking to other devolved nations and global nations to respond to the finance commitment.” 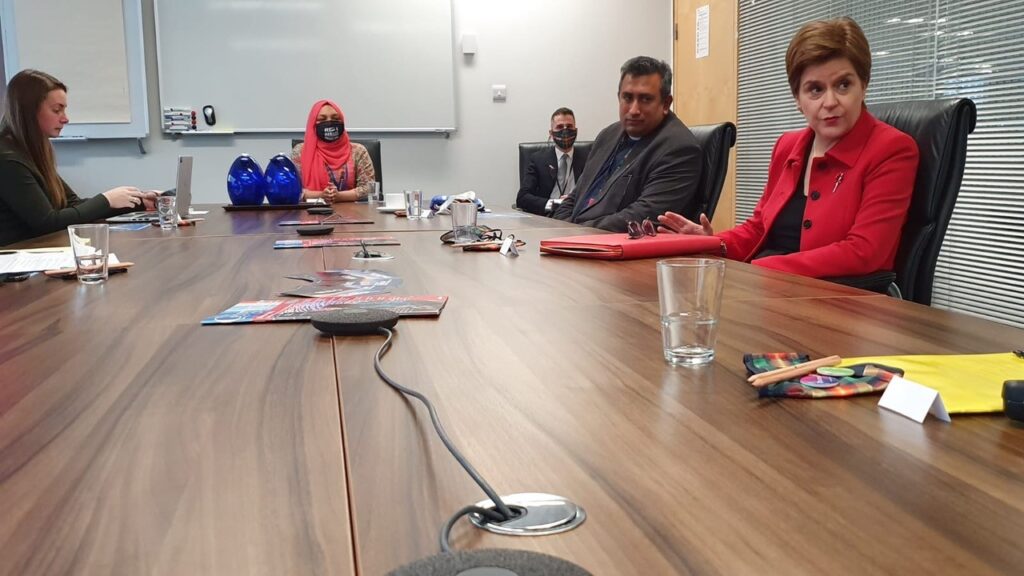 Following the meeting the First Minister welcomed the “important meeting today with faith leaders from the Global South” and reflected that “developed countries must understand the severe human impact of climate change that many are already experiencing and act with urgency. Loss and damage is no abstract concept – it’s about lives and livelihoods.”

The Primus of the Scottish Episcopal Church, Bishop Mark Strange commented: “It is hugely positive that global faith leaders have had the opportunity to speak directly to the First Minister and the Scottish Government.  Our international faith links in Scotland are very important to our identity, and over the period of COP26 we have heard consistently about the losses already being sustained by communities and indigenous populations around the world. I am delighted that that same commitment to listening to global voices is being engaged with in the Scottish Government.”