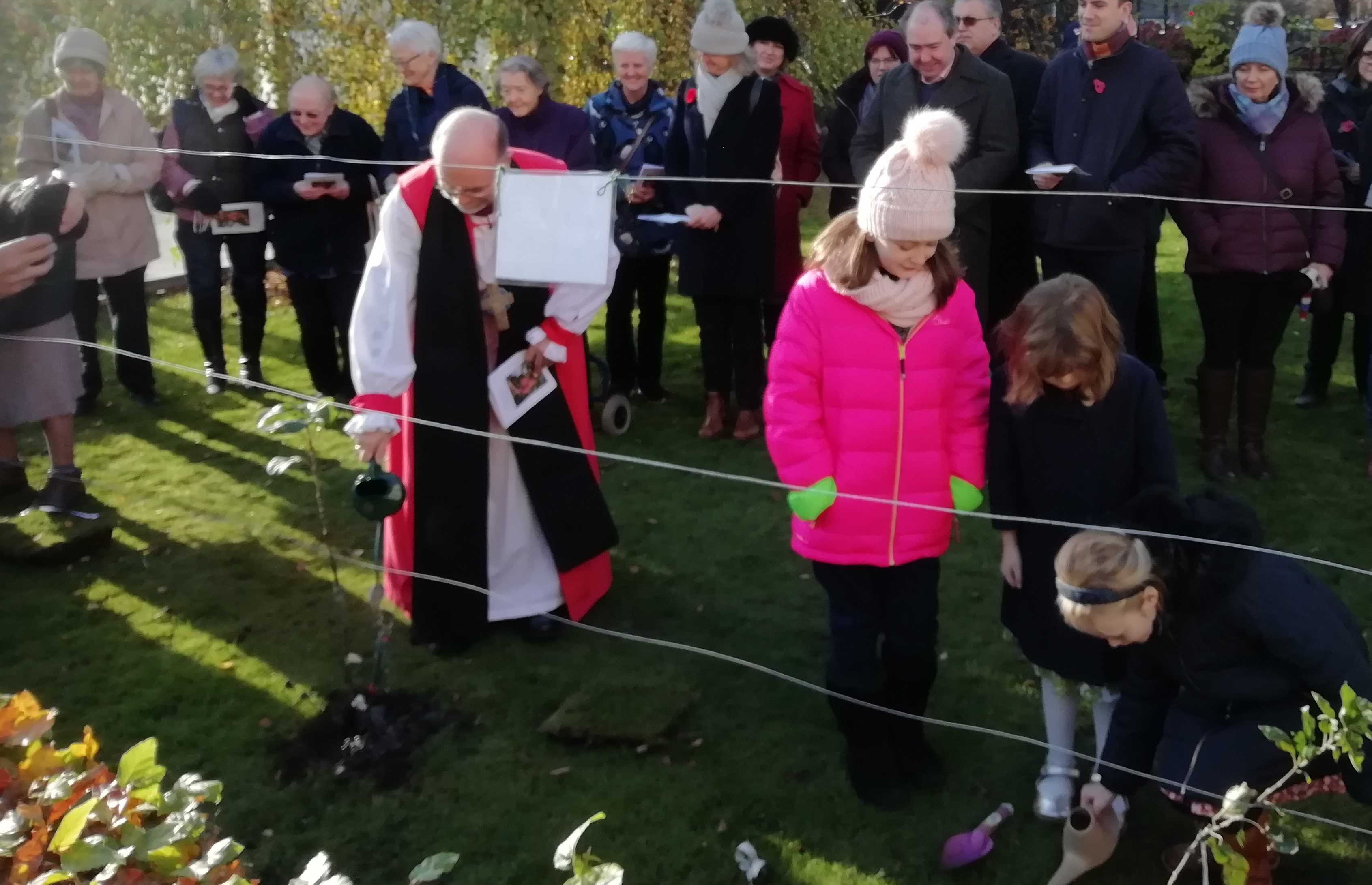 A leafy suburb of Edinburgh has just become a bit leafier thanks to one of the Scottish Episcopal Church’s congregations, who have recalled the area’s horticultural heritage by starting an orchard in the church garden.

St Ninian’s in Comely Bank has planted eight apple trees in its grounds as part of an ecumenical pilot project with the Church of Scotland, with the assistance of Eco-Congregation Scotland and The Orchard Project, as part of a drive to create and restore community orchards.

It is estimated that the number of orchards in the UK has declined by 90 per cent since the 19th century, because cheaper imported apples became more widely available.

The project is particularly appropriate in the Comely Bank area, which once hosted several orchards, and the new apple trees planted recently at the church join several much older apple trees which are long-established in the church garden.

“This area has a history of growing fruit, as can still be seen from the street names such as Orchard Brae, Orchard Road and Orchard Bank,” said the Very Rev Frances Burberry, Rector of St Ninian’s. 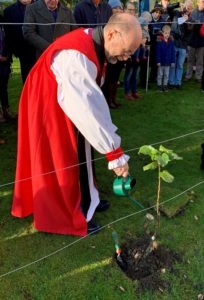 “Our eco group saw the opportunity available through Eco-Congregation Scotland, and wanted to get involved. We had an apple tasting with The Orchard Project and used that to choose which trees we would plant. We hope to plant more.”

It is intended that the fruits of the church’s labour will be made available to the public once the trees have been established for two to three years.

The other churches involved in the pilot project are at Greyfriars Kirk in Edinburgh, Colston Milton Parish Church in Glasgow and Newton Mearns Baptist Church.

This week, the Church of England indicated that it would like to follow the example set by churches in Scotland, as the matter was discussed at General Synod.

The project in Scotland has been inspired by a similar initiative in Hungary, where more than 6,000 native Hungarian fruit trees were planted in 165 church gardens. A visit to Hungary for participating congregations is planned soon. 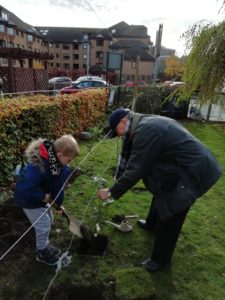 “As an ecumenical environmental charity, Eco-Congregation Scotland is very pleased at the range of churches participating and number of volunteers who are being trained. We also have wider interest in this work from other Eco-Congregation churches across the country.”

Chris Macefield, the Edinburgh manager of the Orchard Project, said: “Churchyards are typically deemed under-utilised spaces, so this is a great opportunity to help transform them into greener, productive areas for community use. They are havens for biodiversity and attract more species than parks or gardens so planting orchards in churchyards is a fantastic way to attract more wildlife.

“It is our mission that everyone in urban areas eventually be within walking distance of a community orchard.”