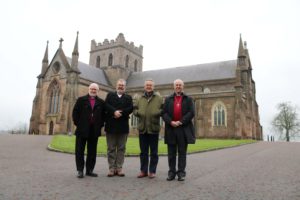 The Primates enjoyed the pleasure of each other’s company and the meeting was conducted with informality and in friendship. Discussion took place on issues affecting the Anglican Communion, Provinces, the UK and Ireland, the mission of the Church in these islands. The Primates prayed and shared Holy Communion together and with optimism look to the future and to further opportunities to meet again.