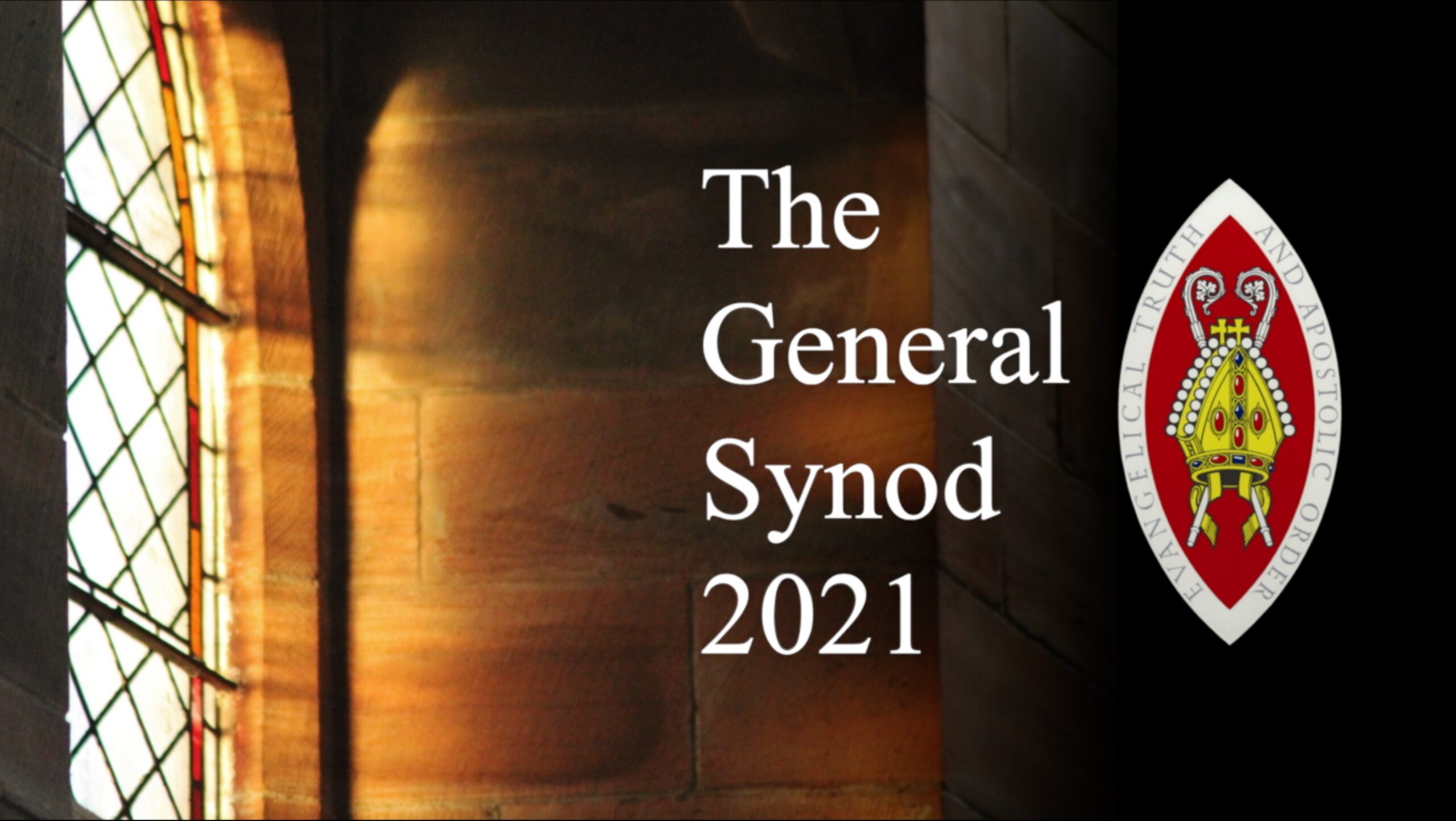 General Synod members will gather online on Thursday 10 June and Friday 11 June for the annual meeting of the governing body of the Scottish Episcopal Church.

The agenda and papers for the meeting have been sent to members and published on the Scottish Episcopal Church website, detailing the business scheduled for both days.

Under Scottish Government guidelines, a physical meeting of Synod is not possible so the meeting will take place via Zoom. A core of General Synod Office staff and key participants will gather, socially distanced, at St Paul’s & St George’s Episcopal Church in Edinburgh, with all other Synod members joining online. Voting on motions will take place via a secure Synod ‘hub’ which only Synod members will be able to access.

Anyone else who wants to watch the General Synod proceedings will be able to access a live stream by clicking here.

The meeting will start  at 9.30am on Thursday with the Opening Eucharist and is business is expected to conclude by mid-afternoon on Friday with Evening Prayer and the Confirmation of Acts of Synod.

Included in the agenda items over the two days is a ten-point guidance plan on the first step towards achieving net zero carbon emissions by 2030. Following the motion at last year’s Synod for a programme of actions to be brought to General Synod 2021 to resource the SEC in working towards the 2030 goal, the Church in Society Committee’s Technical Group on Climate Change has presented a programme of actions and useful resources “aimed to equip the whole church for the urgent response that is needed towards achieving net zero carbon emissions”.

The Group has set out actions for different levels of the SEC to pursue, as congregations, dioceses, provincial level and as individuals; suggested more detailed action on buildings; listed useful resources; and indicated further work to be carried out.

Further, a Toolkit is currently in preparation, designed to provide practical recommendations for the implementation of action plans and including for instance a means of working out a church’s carbon footprint.

“The changes we need to make encompass almost all aspects of our life as a church; not only our buildings, but in every area where we burn coal, oil or gas,” reports the Group. “We need to transition to renewable alternatives as far as we possibly can, and where this is not reasonably practical, we need to reduce, save and offset. We do not underestimate the challenge. But there are many steps we can already take which will make a difference and we need to plan now for how and when the bigger challenges could be met.”

Another main item on the Synod agenda is the Saint Andrew Declaration, a series of joint acknowledgments and commitments between the Scottish Episcopal Church and the Church of Scotland.

The Declaration is made “in light of our common calling within the life of the Church of Jesus Christ in Scotland, shaped by our understanding of the mission of God, our agreement in faith and the opportunities to share in ministry and mission”.

The Declaration states that: “In the course of our discussions we have acknowledged our shared history and have named past conflicts, divisions and hurts. In doing so, we have learned from one another and have asked forgiveness of each other where we have caused pain by our words and actions. Within the context of these discussions, we have acknowledged that the theological, sacramental and liturgical emphases within our respective churches are consonant with the tradition which each represents.

“Alongside this, we have sought to acknowledge that our churches belong together as part of the One, Holy, Catholic and Apostolic Church of Jesus Christ. In so acknowledging, we seek to explore ways in which we may work better together as partners in ministry and mission, to serve Christ by serving the people of Scotland.”

Elsewhere on the agenda, the Faith and Order Board recommends that Jane Haining be included in the SEC Calendar of saints and heroes of the faith on 17 July each year “on account of her faith-filled life and example that saw her die in the Nazi Concentration camp of Auschwitz Birkenau”.

Jane Haining was a Church of Scotland Missionary in Budapest who was caring for Jewish children at the outbreak of the Second World War. She was asked to return to her native Scotland when war broke out, but refused to abandon the children in her charge, and was transported to Auschwitz. She is the only Scot known to have died at the concentration camp.

“Jane Haining is well known in Hungary (there is a street named after her in Budapest) but less so in Scotland,” reports the Board. “Work has been going on between SEC and Church of Scotland colleagues on educational materials on Jane Haining and the Holocaust for Scottish schools.

Among the other items on the Synod agenda are a report from the Canon 4 Review Group about how bishops are elected within the Church, Scottish Liturgy 1982 with Alternative Eucharistic Prayers from the Faith & Order Board, reports from the Standing Committee on Ethical Investment and from the Ethical Investment Advisory Group, budgets & quota, clergy remuneration and a range of other clergy personnel matters.