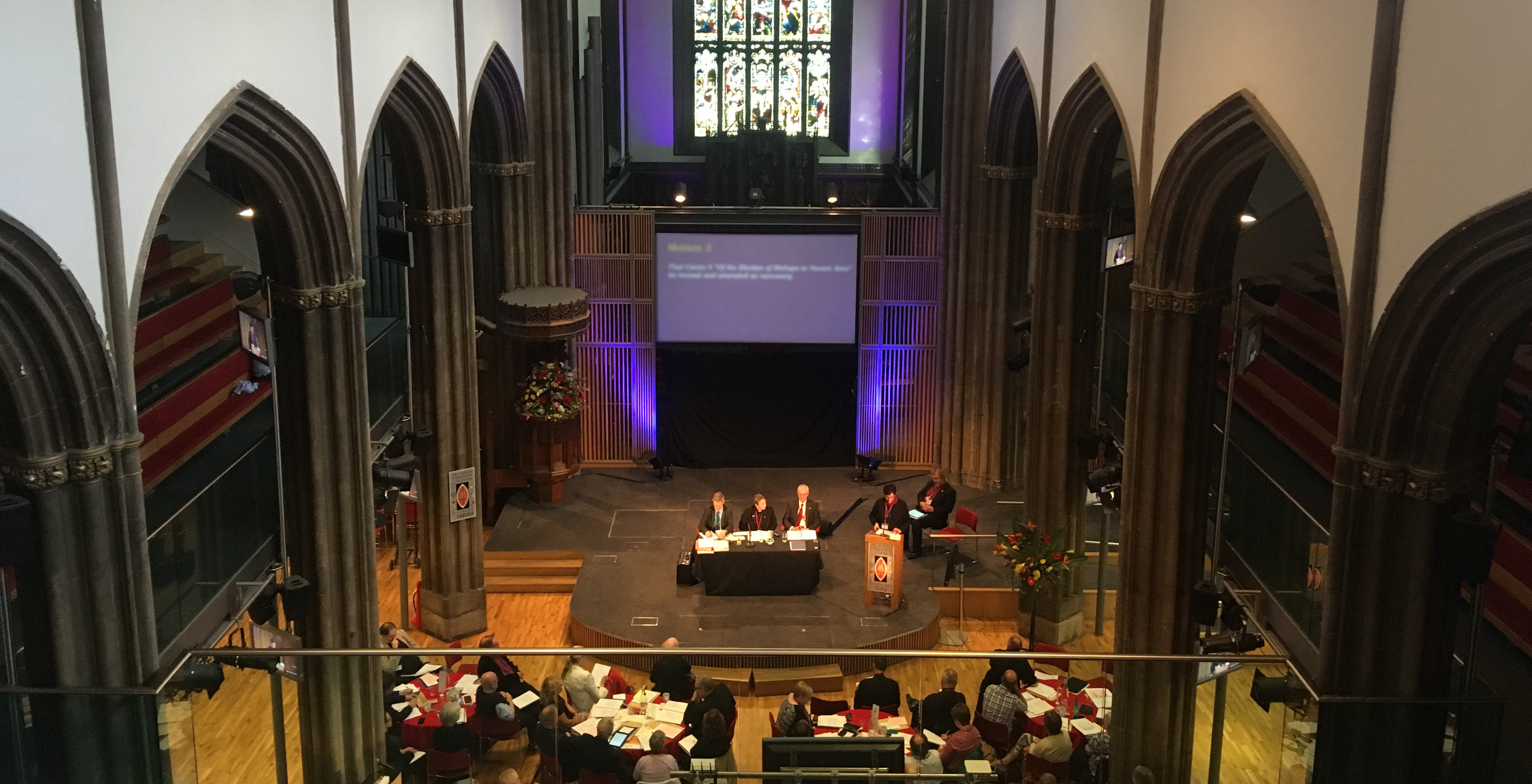 This year’s General Synod of the Scottish Episcopal Church (SEC) has been postponed because of the outbreak of coronavirus.

The Standing Committee of the SEC reached the difficult decision with regret, having considered the latest information available, the estimated timetable for the spread of COVID-19 and the peak period of infection, the welfare and wellbeing of the vulnerable, and the mood of uncertainty over travel and accommodation arrangements.

The General Synod was scheduled to take place on 11 to 13 June at St Paul’s and St George’s Episcopal Church in Edinburgh. A new date will be considered for later in the year, potentially for a shorter gathering.

All General Synod Members, Alternate Synod Members, Diocesan Secretaries and members of Provincial Board and Committees were informed of the decision today, which was described as having been taken because of several reasons.

The Standing Committee is due to meet towards the end of April, and it will take stock of the situation at that point and consider the possibility of arranging Synod later in the year, possibly for a shortened period. Synod members will be advised of any proposed new date as soon as it is decided upon.

Meanwhile, the College of Bishops has issued updated guidelines on how clergy and members should respond to the spread of coronavirus, to help protect the most vulnerable. While the Scottish Government has advised that places of worship do not need to close, the SEC is ensuring that clear precautions are being taken in churches to protect those most at risk.

The new SEC guidelines can be read here: https://www.scotland.anglican.org/coronavirus-updates/

Any further significant updates will be posted on the SEC website, and on social media.