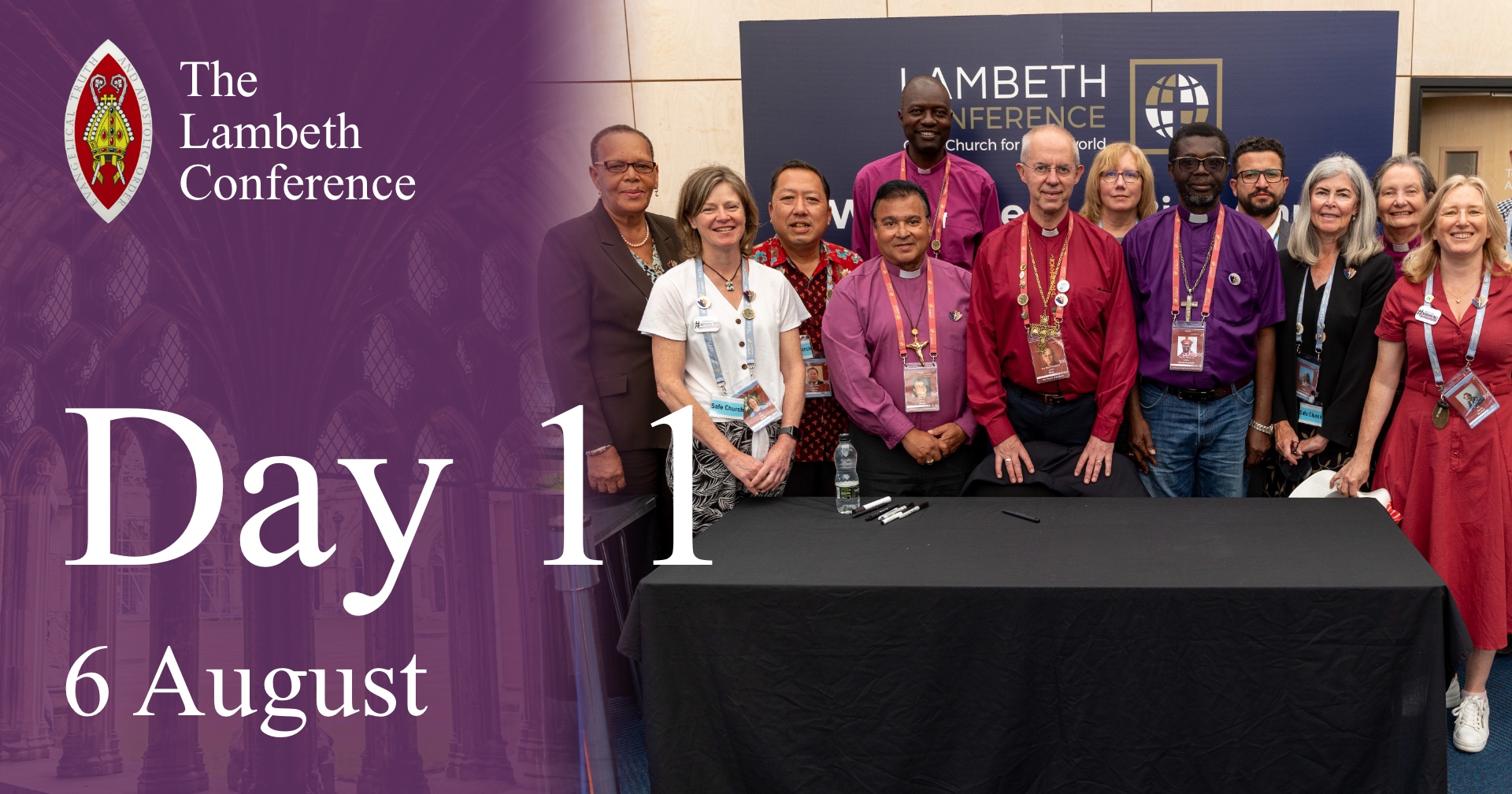 On Saturday, the Bishops attended a plenary session and affirmed the Lambeth Calls on Science & Faith, and the Environment & Sustainable Development. The Conference has also issued a series of public “statements of support” highlighting needs around the world from conflict in the eastern Democratic Republic of Congo and the invasion of Ukraine to gun violence in the United States.

You can read the statements of support, and find out more about the session here.

Daphne Audsley, part of the Scottish Episcopal Church safeguarding team, and a member of the Anglican Communion Safe Church Commission speaks with Bishop Andrew Swift about the discussions on Safe Churches that have been taking place throughout the conference.

In the first week of the Conference the Bishops affirmed the Lambeth Call on Safe Church after a plenary session where Daphne contributed, sharing the work of the Scottish Episcopal Church on the issue.

Bishop Andrew also spoke about the Calls on Science and Faith, and the Environment and Sustainable Development, both of which were discussed yesterday at the Lambeth Conference and affirmed by the Bishops.

He reported that: “we went into immediate actions that we can take in our local churches, whether we’re in the in the Global North, or the more vulnerable Global South; and also lobbying of government, of financial systems, challenging companies. All the things that, as a large multi million member Church, the Anglican Communion can do to try and make a difference.”

He continued: “we came away saying that the perception of a rift between science and faith should be laid to rest in every part of the Anglican Communion. Clergy and churches should be scientifically literate to be able to assist in ethical decisions, to be community leaders encouraging, for example, vaccine take up in in times of COVID or even just helping people understand that the Bible doesn’t contradict science.” 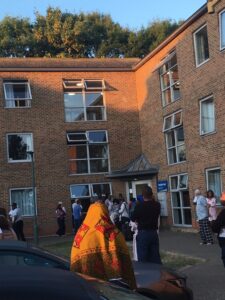 Bishop John Armes (Edinburgh) had an early start this morning as a fire alarm in the building let to them being: “woken at 5.30am and found ourselves out on the grass with 50 or so other bishops and their spouses. Not sure what caused the alarm because half an hour later we were let back in. Anyway, it gave a good send-off to Bishop Ernie, my friend from Antigua, whose early departure was accompanied by unexpected well-wishers.”  He shared his thoughts about the two Lambeth Calls of the day, noting that during the plenary session: “The proposers of the two Calls on Environment and Sustainable Development and Science and Faith may not agree, of course, but the former had had full exposure during our day at Lambeth Palace and the latter was curiously uninspiring. It was presented as if a chasm needed to be bridged between science and religion. For many of us this seemed to be an exaggeration, but I suppose the subtext was that Creationism, the rejection of the theory of evolution and the proposition that God created the world in 6 days (actual not metaphorical) fossils and and all, is harming the mission of the church. But the two calls went well together, the first affirming God as Creator and our consequent duty to care for our planet, the second proclaiming that science and yes, even scientists, are God-given and may, rightly employed, enable us both to tend the earth and love our neighbour.”

Bishop Ian Paton is still in isolation following a positive COVID test, however he has been watching online and reflects: “still good to be seeing the plenary sessions of the Conference, especially yesterday’s Discipleship discussion and Archbishop Justin’s 2nd address, and today’s address on the Church of the future by Cardinal Luis Tagle from the Philippines. He reminded us of the ecumenism that is needed not only between churches and cultures, but between older and younger generations whose assumptions and outlook are now vastly different.”  He spoke about the recent public letter from broadcaster Sandi Toksvig to the Archbishop of Canterbury on issues relating to sexuality: “Toksvig is right to say there is far more the Church needs to do, including being very clear about condemning ‘conversion therapy.’ But I found Provost Kelvin Holdsworth’s blog about some misunderstandings in Toksvig’s letter very helpful for keeping her remarks in perspective. And some good news out of this is that Archbishop Justin has invited Sandi Toksvig to meet with him, and she has accepted.”

Today, Sunday, conference delegates will hear the third keynote speech from the Archbishop of Canterbury, titled: “Going into the world and living out our mission as the Anglican Communion.”  This can be live streamed here.  They will then attend the closing worship at Canterbury Cathedral, before beginning to make their way back to their Dioceses across the World.  The Closing Worship will be live streamed here at 4pm.