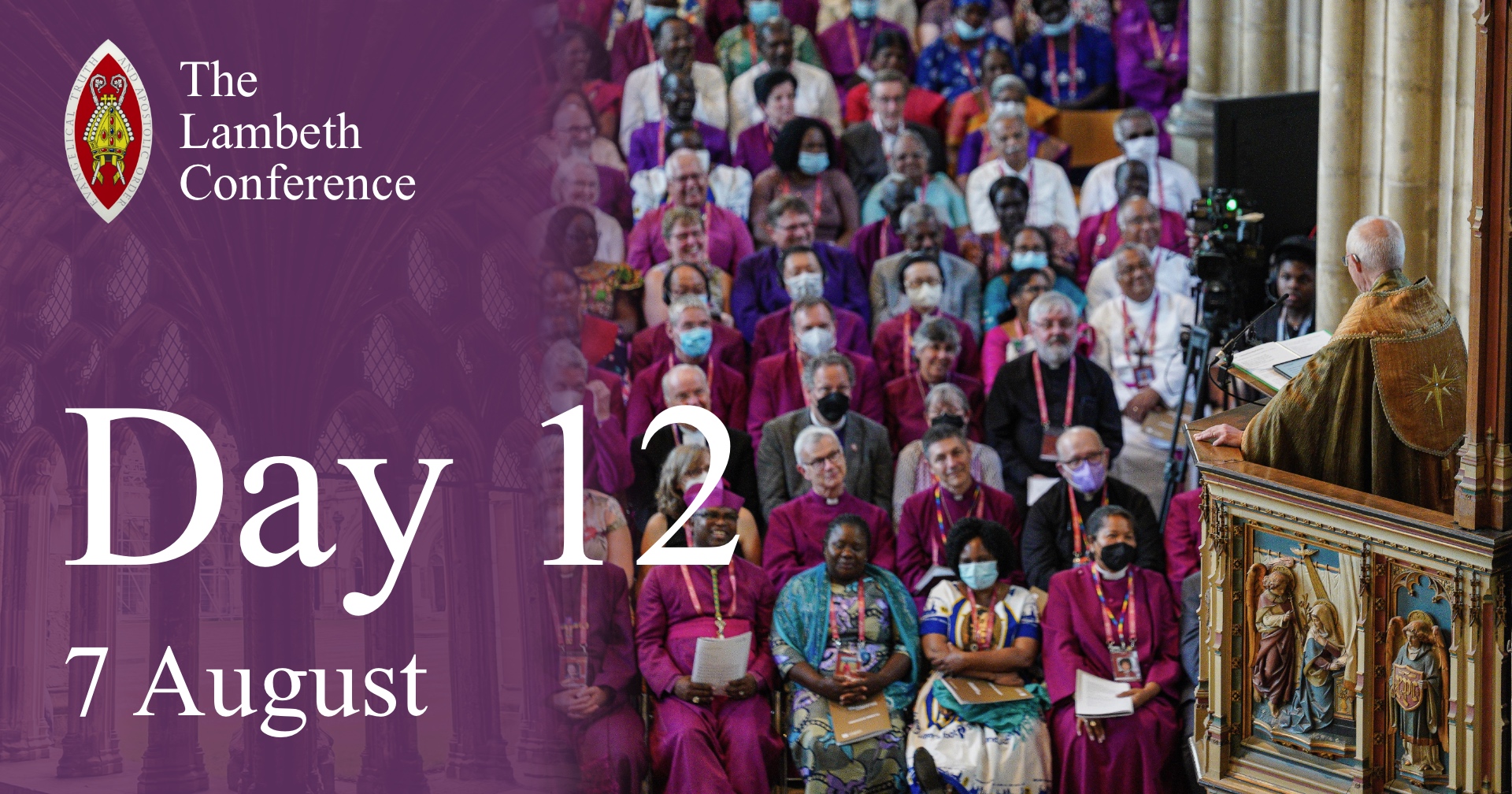 On Sunday the 2022 Lambeth Conference drew to a close.  Conference delegates heard a final speech from the Archbishop of Canterbury and attended the closing worship at Canterbury Cathedral.

Archbishop Justin’s final keynote speech centered on the five Anglican Marks of Mission and can be read here. A video version can be watched here.  He concluded: “This is a time of revelation to a world where many forget the gift of God’s love.

“Dear brothers and sisters in Christ. We have received that gift of God’s love. And our hearts rejoice. And so let us share it with each other For each of you, I give thanks to God. I pray for you. And we pray for each other- I know you pray for me. I love you – as neighbours, as a family, as those who have been brought together in Christ. God’s love is seen in this world through a countless multitude of people of every race and nation, a great multitude that is ‘a royal priesthood, a holy nation, God’s own people, who declare the wonderful works of the God who has called us out of darkness into his marvellous light’. It is a multitude of those who have received mercy.

“The Anglican Communion is one part of that multitude. Is it argumentative? Oh yes. Is it diverse? Immensely. Is it God’s holy people? Certainly.  Let us go out together in obedience – sent out, as God’s church for God’s world.”

The closing worship took place in Canterbury Cathedral, after which the conference formally closed.

Bishop Anne Dyer (Aberdeen & Orkney) reflected on the closing worship in her final Lambeth blog.  She noted that she was sitting “with Rt Revd Peter Youl of South Sudan at the closing service. +Peter has been a bishop since 2017. His diocese is new, and he is the first bishop. He described that as beginning with nothing, and building from the ground up. +Peter had come to the conference without his wife because she is expected to give birth to their fourth child this week.

“In our conversation before the service I asked +Peter if he would be taking communion. He spoke sadly, and said no, he would not. This was because none of the bishops from South Sudan would be receiving the sacrament in the service. This led us on to speak about the differences that were present at the Conference. +Peter said that he understood that in some contexts provinces had made a change to marriage canons for missional reasons appropriate to context. The differences were to be expected, he said. In his context he would regularly give the sacrament to women who were in polygamous marriages (one of five, or six, or seven wives). He thought that I would disapprove of this, but this was a pastoral response in his cultural context. He did not think the differences should divide us.

“When it came to the time to move to receive the bread, +Peter remained in his seat. I touched his arm and smiled at him as I moved past him into the queue. When I returned to my seat he reached out and held my hand. When we sang the next hymn, there were alleluia’s from both our lips.”

Many of the conference delegates began their journeys back to their Dioceses today (Monday).  The Rev Prebendary Dr Isabelle Hamley speaks in the final Lambeth Highlights video about the conference entering the last of its three phases – before, during and after – when the outcomes of the conversations which took place at Lambeth will be shared and further actions taken around the Anglican Communion.