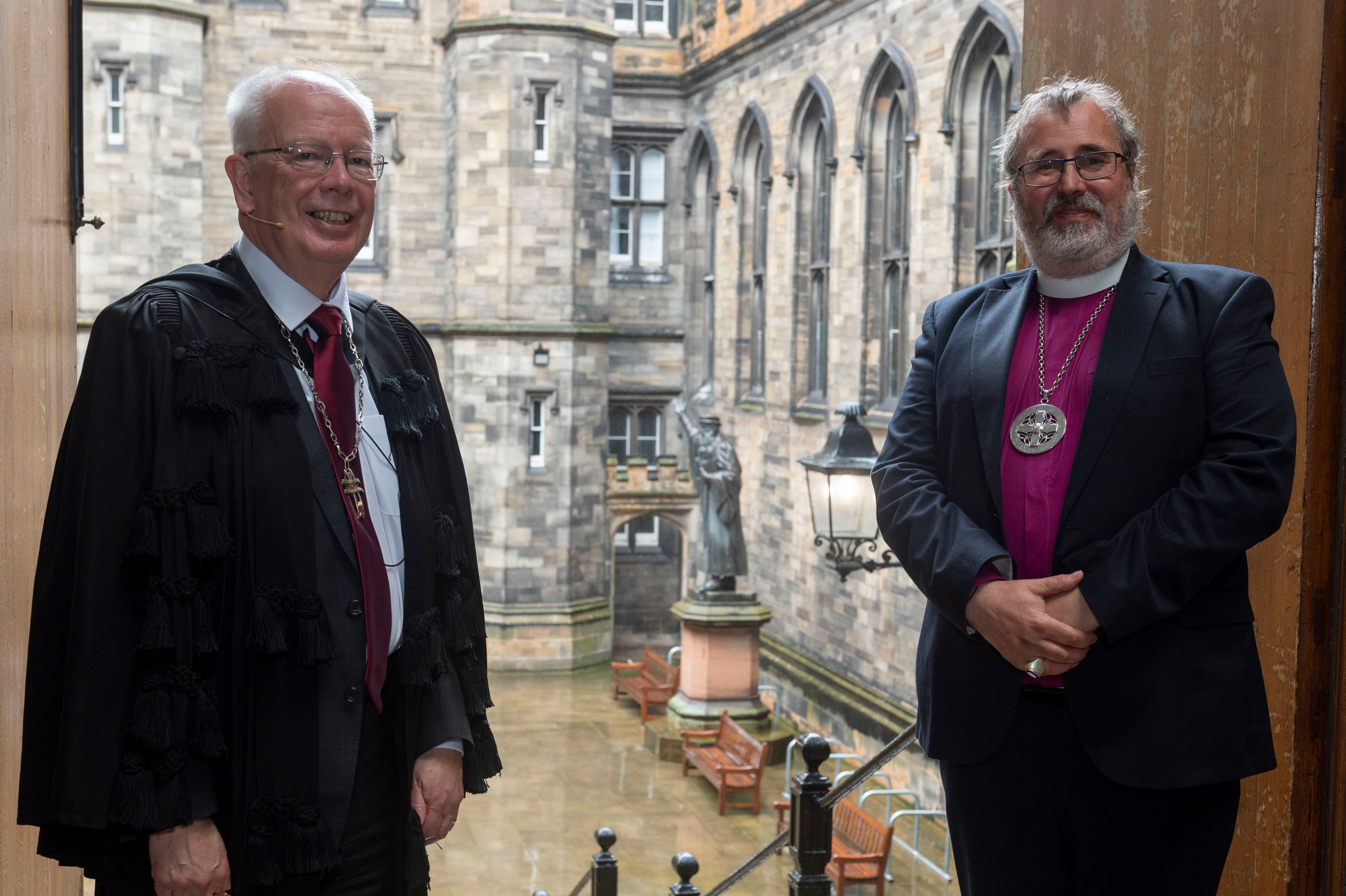 The proposed Saint Andrew Declaration between the Scottish Episcopal Church and the Church of Scotland is to go ahead after it was backed by a majority of members at General Synod.

The Declaration gives formal recognition of the way that both churches have ministered to the whole of Scotland for many years, and how they will continue to work together. It was also backed by the Church of Scotland at its General Assembly last month, where the Primus of the Scottish Episcopal Church, the Most Rev Mark Strange, commended the Declaration to Assembly delegates.

The Declaration outlines a series of acknowledgments and commitments between the Churches, and is the result of conversations that have taken place in the Our Common Calling Working Group.

“Our two sister churches, forged in the same turbulent history, are invited to work together, united in a common purpose and delighting in an enriching diversity,” said Fr McLuckie. “That work is not an organisational merger, but an organic and creative cooperation in the work of God’s mission of love, healing and reconciliation to the world.

“We are not proposing any kind of one-size-fits-all approach, but giving permission and encouragement to each local partnership of churches to share their human, spiritual and physical resources in the work of mission in the most appropriate way. For some, that might mean the sharing of a building, for others sharing pastoral care or regular worshipping together. For many, it may be shared projects like food banks, joint eco-congregation ventures, meditation groups, Messy Church, befriending schemes, bible studies, courses for those new to faith.

“Of course, this kind of activity is already common across the land. What we want to do is to encourage more of it, and, as we are two of the churches that seek to offer ministry to every community in Scotland, we recognise that we have a particular and distinctive commitment to work together to that end.”

He concluded: “The Declaration recognises that, because of our distinctive identities, we have much to offer one another, much to receive. It recognises that we do not exist for ourselves but for the mission of God in our nation. It recognises that, although there are unresolved matters between us, not least the nature of the church’s ordained ministry, these need not hold us back from doing all we can now to share in our life of faith.

“This is the start of a journey and not its end.”

Rev Horsburgh said: “We cannot pretend that times are not tough for Churches in Scotland, and that too has drawn us closer together. We are seeing more and more clearly that we need one another. We need one another’s support and prayers. And out of that need, we find we can be more effective when we work together in our ministry and mission, which of course is not ours but God’s, expressed in different but complementary ways by our two churches.”

The debate produced considered arguments for and against the declaration, while Rev Dr Stephen Holmes pointed to factual errors in the Declaration relating to the churches’ history. Some expressed regret that “with a heavy heart” they could not support the motion because of concerns over ecclesiastical orders, although stressing they were in favour of ecumenism.

Rev Amanda Fairclough recalled giving similar consideration – and holding reservations – when the Columba Declaration was proposed between the Church of Scotland and Church of England, at a time when she was with the Church of England. Although encouraged to support the motion, she abstained on that occasion, but now feels she should have voted against it. She told Synod: “There are words written in the [Saint Andrew] Declaration with which I cannot agree. I am wholly in favour of ecumenism, but I don’t think I can support this Declaration as a launching pad to work from. And so it is with a measure of regret – but certainly not making the mistake I made last time – that I will be voting against this document.”

The Very Rev Kelvin Holdsworth also said he would reluctantly have to vote against the motion, stating that the wording was too close for comfort to other agreements with partners who the SEC is in full communion with.

“I struggle very much with the idea of saying the same words to people with whom we are in a different relationship,” said Provost Holdsworth. “It’s confusing to people, and it can lead to our friends thinking we mean things which we don’t actually mean. It might also be thought that the SEC would be willing to say anything to anyone, and I don’t think that helps.”

Provost Holdsworth also took issue with the Declaration’s stated acknowledgements. “I would have like to have talked more about them, to have had some input, but I can’t affirm them,” he said. “If it was just about the commitments, I would find this an easy thing to say ‘yes’ to but as it stands I’m not able to do that.”

However, the motion was carried by a comfortable majority and the Declaration will be signed and officially marked at a later date.

During the third and final session of day one’s agenda, Synod members heard a report from the Institute Council, presented by Bishop Anne Dyer, and a summary of the triennial valuation on behalf of the Standing Committee and Pension Fund. Richard McIndoe, the Fund Trustees chair, was unable to attend because of technical difficulties and Synod was instead addressed by GSO Pensions Officer Daphne Audsley.

The days proceedings were brought to a close with Evening Prayer. Synod will reconvene with Morning Prayer at 9am tomorrow (Friday 11 June).

Strategic vision to state what Church stands for

Full details of Synod business can be found here.

(Photograph of the Primus, right, with Lord Wallace, Moderator of the General Assembly, comes courtesy of the Church of Scotland)