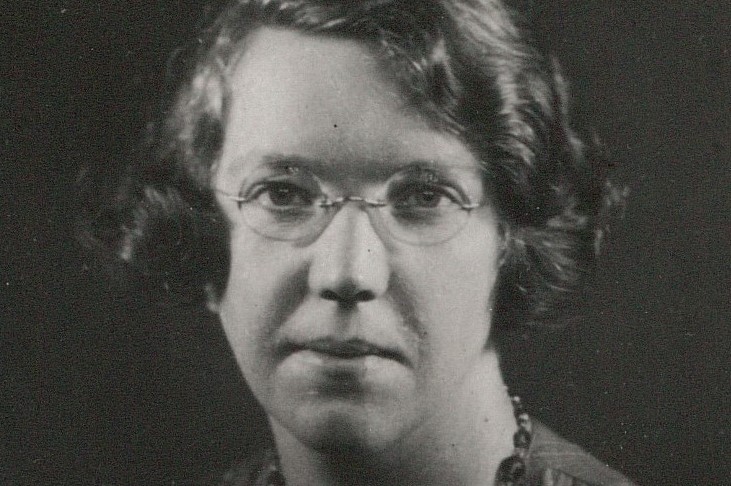 Scottish missionary Jane Haining is to be included in the Scottish Episcopal Church’s liturgical calendar “on account of her faith-filled life and example that saw her die in the Nazi Concentration camp of Auschwitz Birkenau”.

General Synod carried a motion from the Faith & Order Board that Ms Haining be added to the calendar of saints and heroes of the faith on 17 July each year, the anniversary of her death in 1944.

Jane Haining was a Church of Scotland Missionary in Budapest who was caring for Jewish children at the outbreak of the Second World War. She was asked to return to her native Scotland when war broke out, but refused to abandon the children in her charge, and was transported to Auschwitz.

In its report to Synod, the Board reported: “Jane Haining is well known in Hungary (there is a street named after her in Budapest) but less so in Scotland. Work has been going on between SEC and Church of Scotland colleagues on educational materials on Jane Haining and the Holocaust for Scottish schools.

The Rev Gerry Dillon introduced a video telling the life story of Ms Haining, and the motion to add her to the calendar was endorsed by the Rev Markus Dünzkofer and Hugh Morison, from the Diocese of Moray, Ross & Caithness.

Mr Dünzkofer said: “I strongly support the inclusion of Ms Haining in our Calendar.  I hope we take up the Eastern Church tradition to notify not just full communion partners, but also send notification to the Church of Scotland, the United Free Church and the Hungarian Reformed Church to let them know that Jane Haining will be part of our ongoing worship and liturgical life.”

Mr Morison added: “I would like strongly to support this proposal.  I have personal reasons for wishing to do so: my wife is Hungarian Jew, born in Budapest in 1944 at the height of the deportations.  Were it not for the courage of people like Ms Haining I don’t think my wife would be with us today.  And I’m sure that her mother knew some, if not many, of the children cared for by Miss Haining.  So I give my strongest support to this motion.”

The meeting also received the first reading of the revised Scottish Liturgy 1982 with Alternative Eucharistic Prayers (2021). The text was amended by the Liturgy Committee on behalf of the Faith & Order Board to take account of gendered language and to provide new Eucharistic Prayers for Christmas and Epiphany, which have not previously been provided. The texts are in use on an experimental basis until they come to General Synod for second reading in 2022. A facility will also be made available on the SEC website to leave feedback on the content.

Links to other reports from day one of General Synod:

Strategic vision to state what Church stands for

Full details of Synod business can be found here.