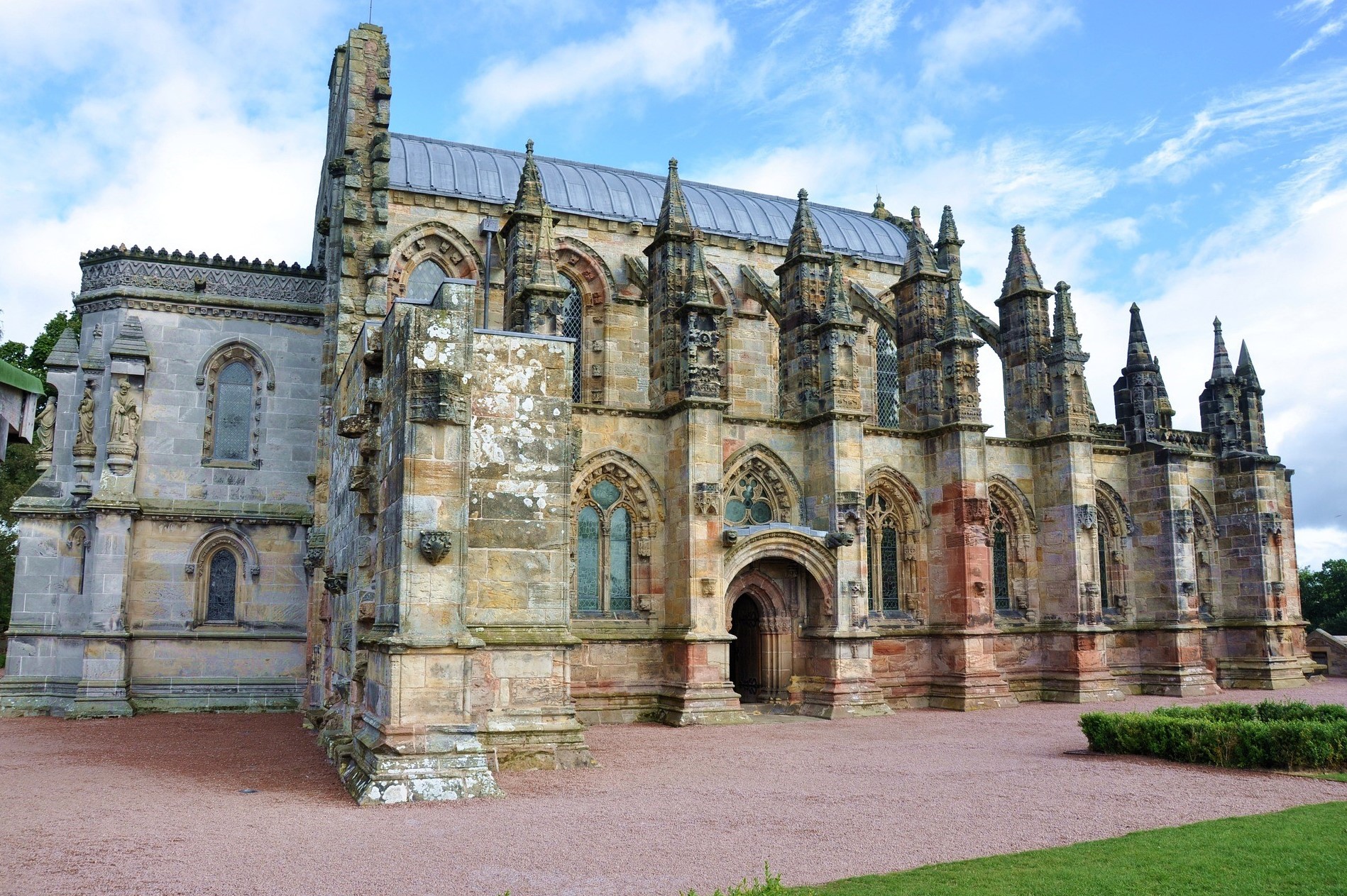 In Part 2 of our series which takes a look at the Queen’s links with the Scottish Episcopal Church, we look back to a Royal Tour of Midlothian, which included a visit to Rosslyn Chapel.

Queen Elizabeth II had been on the throne for nine years when she called at the Collegiate Church of St Matthew at Roslin, often better known as Rosslyn Chapel, along with her husband the Duke of Edinburgh on 29 June 1961.

The visit was hosted by the 6th Earl of Rosslyn and a number of long-serving staff and volunteers were presented. 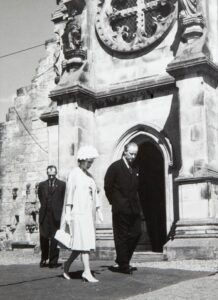 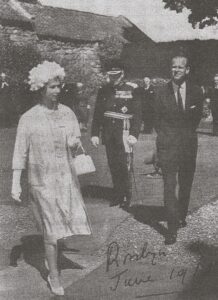 The Earl later wrote: “The Queen commented on the length of service and devotion of those presented and remarked with a smile that we were ‘something of a family clan’.

“She was clearly delighted with, and interested in all that she saw and heard, and gave immense pleasure by her visit to the whole of the village who had assembled outside the Chapel wall, as well as to the rest of us.”

A publication titled The Rosslyn Castle History Album, compiled by the 7th Earl and Countess of Rosslyn in 2000, includes a hand-written letter on Balmoral Castle notepaper sent to the 6th Earl by the Queen in 1974. Referring to a booklet about Rosslyn Chapel that had been sent to her by the Earl, Her Majesty wrote: “Thank you so much for sending the booklet. I remember our visit there so well, and I was very interested to see the photographs which are really excellent. We have all been enjoying a bit of a rest up here with the family before school starts again – lovely weather until today when it is thick mist and rain which is unkind on the tourists who have poured in for the Braemar gathering!”

Rosslyn was originally built as a Collegiate Chapel in the 15th century but was never completed. The building fell into disuse and disrepair after the Reformation until, in 1862, it was re-consecrated under the auspices of the Scottish Episcopal Church. It is part of the Diocese of Edinburgh.

The chapel’s website explains: “The current Earl of Rosslyn set up the Rosslyn Chapel Trust which embarked on a major programme of restoration of Chapel, which was completed in 2013.

“The Rosslyn Chapel Trust maintains the fabric of the Chapel, while the Priest-in-Charge, Vestry and congregation look after the spiritual life of the Chapel.”

King Charles visited the Chapel in 1998, when Duke of Rothesay, and the Queen Consort visited in 2020, when Duchess of Rothesay.