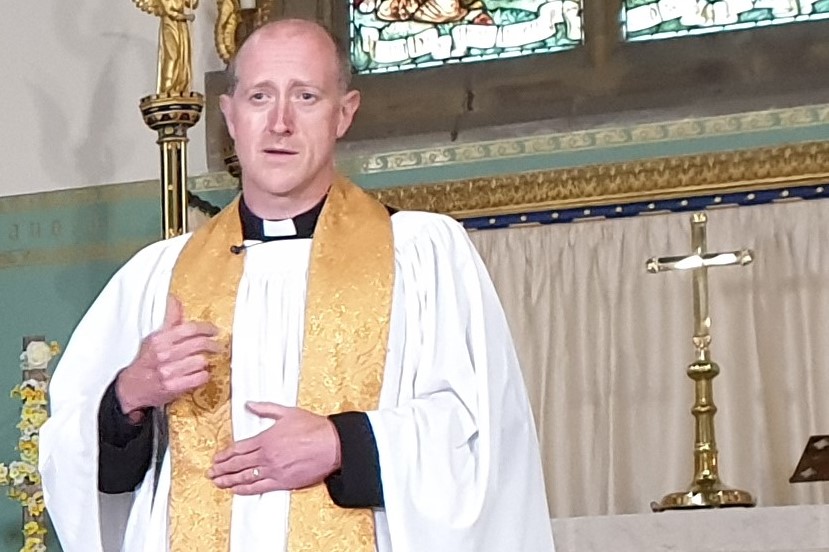 Fr Philip Blackledge explored the meaning of sacrifice as he gave Thought For The Day on BBC Radio Scotland this morning.

With the Chancellor due to take the Autumn Statement today, Fr Blackledge reminded listeners that we have been told that “sacrifices will have to be made in terms of spending cuts and tax rises” as the UK faces up to severe economic challenges.

“The notion of sacrifice goes way back, to before biblical times. To sacrifice was always to take a risk; you were giving up something valuable to you in the faith that in the end, all would be well.

“On Remembrance Day we commemorated the sacrifice of those who risked their lives for our freedom, and of course in Christianity Jesus sacrificed himself on the cross – the ultimate risk to save humanity.

“But for many with the cost of living crisis, there is a deep anxiety that they may be asked to risk more than they can afford.”

Fr Blackledge, Rector of Holy Trinity Melrose, considered shared risk when he then re-told the story of French acrobat Charles Blondin, who crossed the Niagara Gorge on a tightrope while pushing a wheelbarrow. When urged by an onlooker to ‘do it again’, Blondin suggested that if this enthusiast really thought he could do it again, he should get in the wheelbarrow.

Fr Blackledge continued: “My question for [today’s] countrywide sacrifice is: Are we all in the wheelbarrow, or are we shouting from the sidelines? If it is a sacrifice which must be made then the risk has to be shared. We all have to get in the wheelbarrow in the faith that we can walk the tightrope to the end.”

The full broadcast can be heard here.