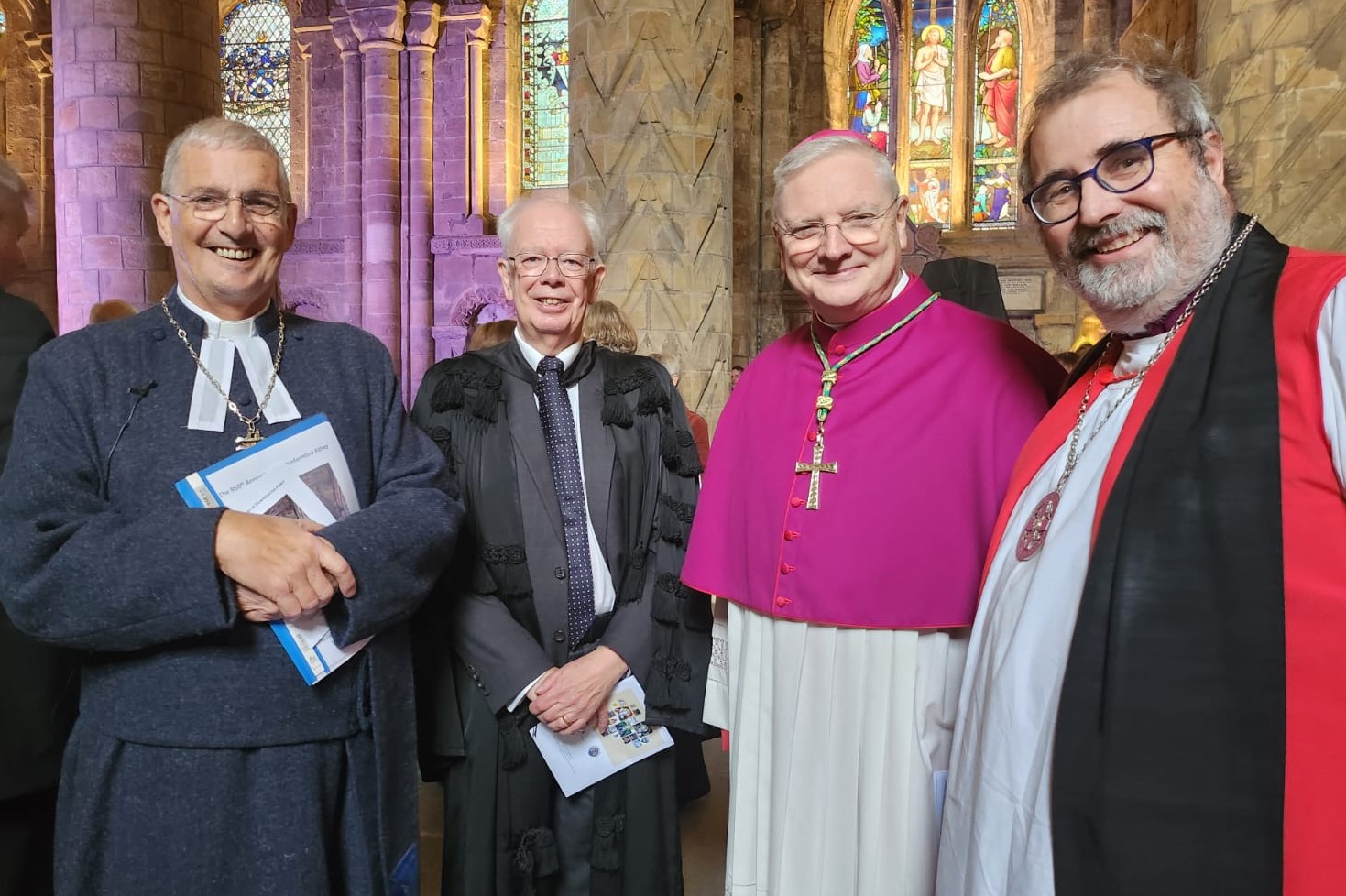 The Primus of the Scottish Episcopal Church and the Bishop of St Andrews, Dunkeld & Dunblane both attended a special service at Dunfermline Abbey on Wednesday for the signing of a historic declaration of friendship between the Church of Scotland and the Catholic Church in Scotland.

The St Margaret Declaration was formally endorsed on what is St Margaret’s Day – which marks the 11th century Scottish Queen who is buried in the abbey – during a service which also celebrated the building’s 950th anniversary.

Her Royal Highness, the Princess Royal, was in attendance along with around 300 invited guests from the local community, ecumenical partners, civic society and heritage organisations.

The Declaration, which follows the Saint Andrew Declaration between the Scottish Episcopal Church and the Church of Scotland on 30 November last year, describes the Churches’ shared beliefs, ‘rooted in the Apostles, Christ’s first disciples,’ and acknowledges a common heritage as Christians in Scotland. It was signed in the presence of Princess Anne by The Rt Rev Dr Iain Greenshields, Moderator of the General Assembly, and The Most Rev Leo Cushley, Roman Catholic Archbishop and Metropolitan of St Andrews and Edinburgh.

“It was an joy to be asked to attend the 900th anniversary of Dunfermline Abbey on the Feast Day of St Margaret of Scotland,” said The Most Rev Mark Strange, Bishop of Moray, Ross & Caithness and Primus. “We were also gathered to witness the signing of the St Margaret Declaration, and we were privileged to be joined by the Princess Royal.

“Lord Wallace of Tankerness and I each read an opening collect, linking those who signed the Saint Andrew Declaration in Edinburgh last year with today’s signing, and Bishop Ian [Paton] read one of the prayers.

“After the service I paused at St Margaret’s grave in the churchyard and gave thanks for her witness to the people of Scotland.”

A full report of the service is available on the Church of Scotland website.

Our picture from Dunfermline Abbey shows, left to right, The Rt Rev Dr Iain Greenshields, Moderator of the General Assembly of the Church of Scotland; Lord Wallace of Tankerness, past Moderator of the General Assembly; The Most Rev Leo Cushley, Roman Catholic Archbishop and Metropolitan of St Andrews and Edinburgh; and The Most Rev Mark Strange, Primus of the Scottish Episcopal Church.