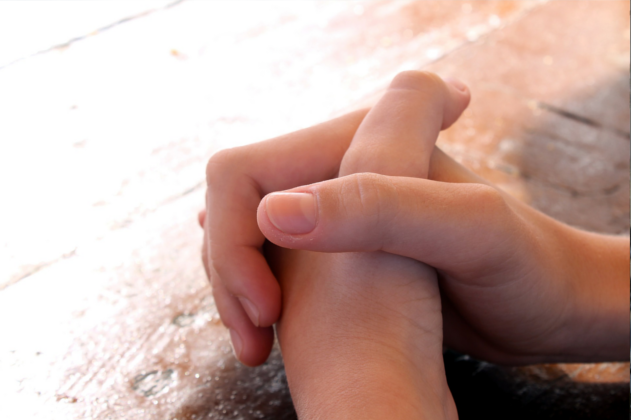 The Scottish Episcopal Church and other denominations join together in prayer on Sunday at 7pm, as they have done throughout the coronavirus pandemic.

Many of those joining together in prayer will also light candles.

In a joint message, church leaders in Scotland said:

“’So you are a king?’ We can picture the scene as Jesus stands before Pontius Pilate, the Roman governor of Judea. Pilate asks: ‘Are you the King of the Jews?’ In response, Jesus speaks of a kingdom ‘not from this world’ and ‘not from here’. Pilate, perhaps perplexed, asks: ‘So you are a king?’ (John 18: 33-37)

“In the exchange between Pilate and Jesus, we sense the contrasting understandings of what a ‘king’ will be and what a ‘kingdom’ will look like. We can well imagine that Pilate had a clear understanding of what these were at that time. However, when faced by a Jesus whose kingdom is ‘not from this world’, Pilate struggles to comprehend how he might be a ‘king’. Nevertheless, in time Pilate will crucify: ‘Jesus of Nazareth, the King of the Jews’. (John 19: 19)

“The Jesus who is present before Pilate is a King whose Kingdom is to come and is already present in his life lived out in this world. We respond in faith to the King who is present in our midst, crowned with thorns and robed in purple, and pray that the Kingdom will come.”

Lord, who reigns on high
And who is robed in majesty,
We see your Son come amongst us
As a King whose kingdom is not from this world.
May we respond to his presence
With faith and trust as we pray for the kingdom that is to come.
Lord, in your mercy
Hear our prayer.

Lord, who reigns on high
And who is robed in majesty,
We see your Son come amongst us
As the One who very life is a sign of the kingdom.
May we recognise the signs of the kingdom in our midst
And live as those who await its coming with expectation.
Lord, in your mercy
Hear our prayer.

Lord, who reigns on high
And who is robed in majesty,
We see your Son come amongst us
As a King whose reign resembles not the rulers of this world.
May we follow in his way
And seek to live in the light of his coming kingdom.
Lord, in your mercy
Hear our prayer.

Lord, who reigns on high
And who is robed in majesty,
We see your Son come amongst us
As the bearer of truth and as the light of the world.
May Christ the King reign amongst his people
And his way be known to all who seek him in spirit and in truth.
Lord, in your mercy
Hear our prayer.