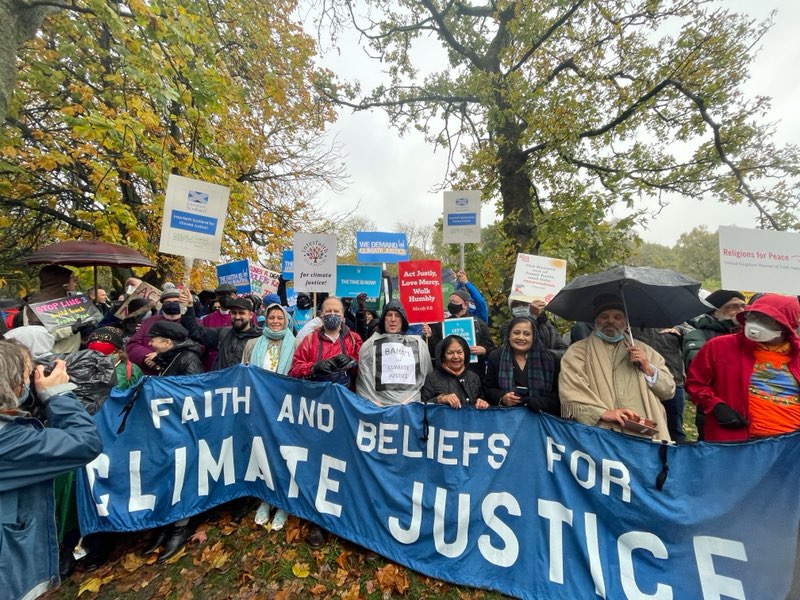 As a reported 100,000 people marched through Glasgow on the Global Day of Action for Climate Justice, they were joined by the Primus of the Scottish Episcopal Church who urged everyone to think about not just the words of politicians but the actions of the people who joined together today to demand change.

The COP26 march was delayed because of the huge numbers who turned out despite the wet and windy conditions. It took two hours for the marchers to proceed out of Kelvingrove Park, where they had assembled, on the walk to a rally at Glasgow Green. Once everyone was on the move, the march stretched for two miles. 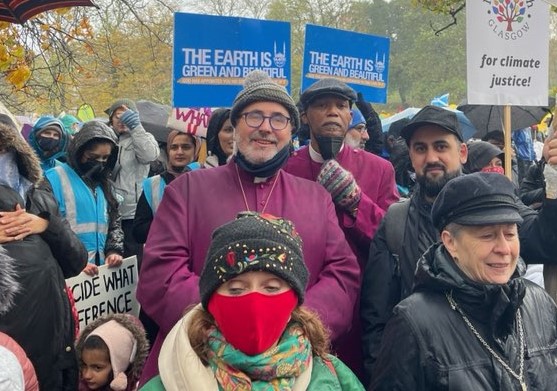 Dozens of members of the Scottish Episcopal Church took part in the march, as part of the faith and Beliefs Bloc for Climate Justice.

The Primus, Bishop Mark Strange, said: “The fact that we have been together in this way has been wonderful.

“I hope when you see this on the news, don’t just listen to the political words, but reflect. People from across Scotland have marched today because we believe it is important to do something for our planet.”

Meanwhile, a series of similar marches took place across the UK, and events were also taking place in a further 100 countries.

‘Slightly soggy but with a very warm head,’ the Primus @BishopStrange is on the #GlobalDayofAction march for climate change at a muddy Kelvingrove Park. ‘There is a slight delay but that is brilliant because so many people are gathering.’ pic.twitter.com/E1ARSir702

A reported 100,000 marchers at the #GlobalDayofAction march for climate change were joined in Glasgow by the Primus @BishopStrange who urged people to think about not just the words of politicians, but the actions of the people who have joined together today. #COP26 pic.twitter.com/GO7hbAv1ng