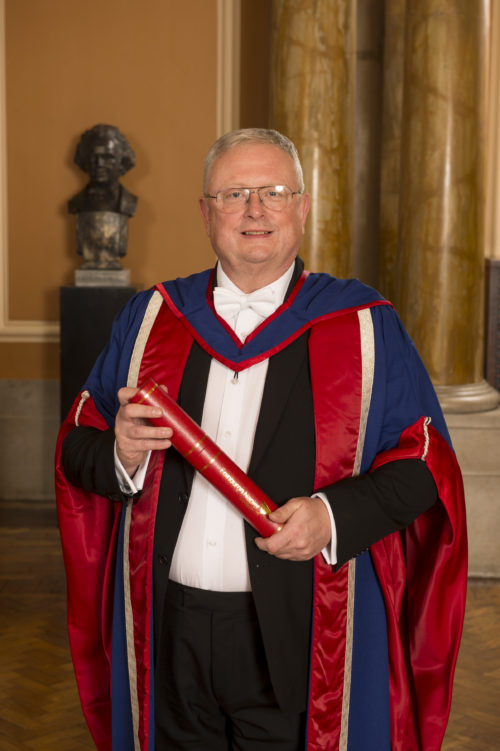 An Honorary Doctorate of Laws (LLD) has been awarded to The Rev Canon Dr Joe Morrow, QC, for his contribution to mental health law in Scotland. Dr Morrow, the Lord Lyon King of Arms, received the honour from Edinburgh Napier University at a graduation ceremony in the city’s Usher Hall. He has been President of the Mental Health Tribunal for Scotland since 2008, and previously served eight years as Her Majesty’s Commissioner for the Mental Welfare Commission for Scotland, and three years as President of the Additional Support Needs Tribunals for Scotland. Dr Morrow said: “I am delighted and honoured to receive the degree of LLD from Edinburgh Napier University for contributions to mental health law in Scotland.  It is important to me to see that mental health law is recognised through the award of this degree.”

Dr Morrow was admitted as a member of Faculty in 2000, and he was appointed Queen’s Counsel 2015. He is Chaplain at Glamis Castle and is an Honorary Canon of St Paul’s Cathedral, Dundee.