The first meeting of the Scottish Episcopal Church’s Inter-Church Relations Committee and the Commission for Christian Unity and Dialogue (CCUD) of the Church of Ireland took place in Dublin on 11 April 2016.

Elspeth Davey, Church Relations Officer of the Scottish Episcopal Church (SEC) says “The recent Covenant Agreement of the Church of Ireland and the Methodist Church in Ireland was discussed in some detail and the Inter-Church Relations Committee was delighted to be accompanied by the Rev A Letby, Methodist Superintendent in Edinburgh whose contributions from a Methodist perspective were very helpful.

“The different ecumenical “scene” in Scotland, Northern Ireland and the Republic of Ireland was discussed and whilst there were some differences it was clear that a number of familiar challenges were shared. Local ecumenism was healthy but the number of officially recognised Local Ecumenical Partnerships were low in both churches and it was agreed that encouraging ecumenical engagement at all levels of church life was essential for shared mission in our communities.

“The churches’ role in civic society was discussed with an acknowledgement that each society was more diverse than in previous years.

Commenting on the visit the Bishop of Clogher and Chairman of CCUD, the Rt Rev John McDowell, said “We were delighted when the Inter-Church Relations Committee of the SEC suggested that they might visit Ireland to discuss matters of common interest, especially the origin and development of interchangeability arrangements between the Church of Ireland and the Methodist Church in Ireland. Our discussions were very wide-ranging and we benefited from a first-hand account of developments within the SEC and their relationships with other Christian traditions.”

The meeting ended with Evensong at St Patrick’s Cathedral followed by a guided tour of the Cathedral.

The photo shows members of the Church of Ireland’s Commission for Christian Unity and Dialogue and the Scottish Episcopal Church’s Inter-Church Relations Committee during their visit to Marsh’s Library, Dublin. 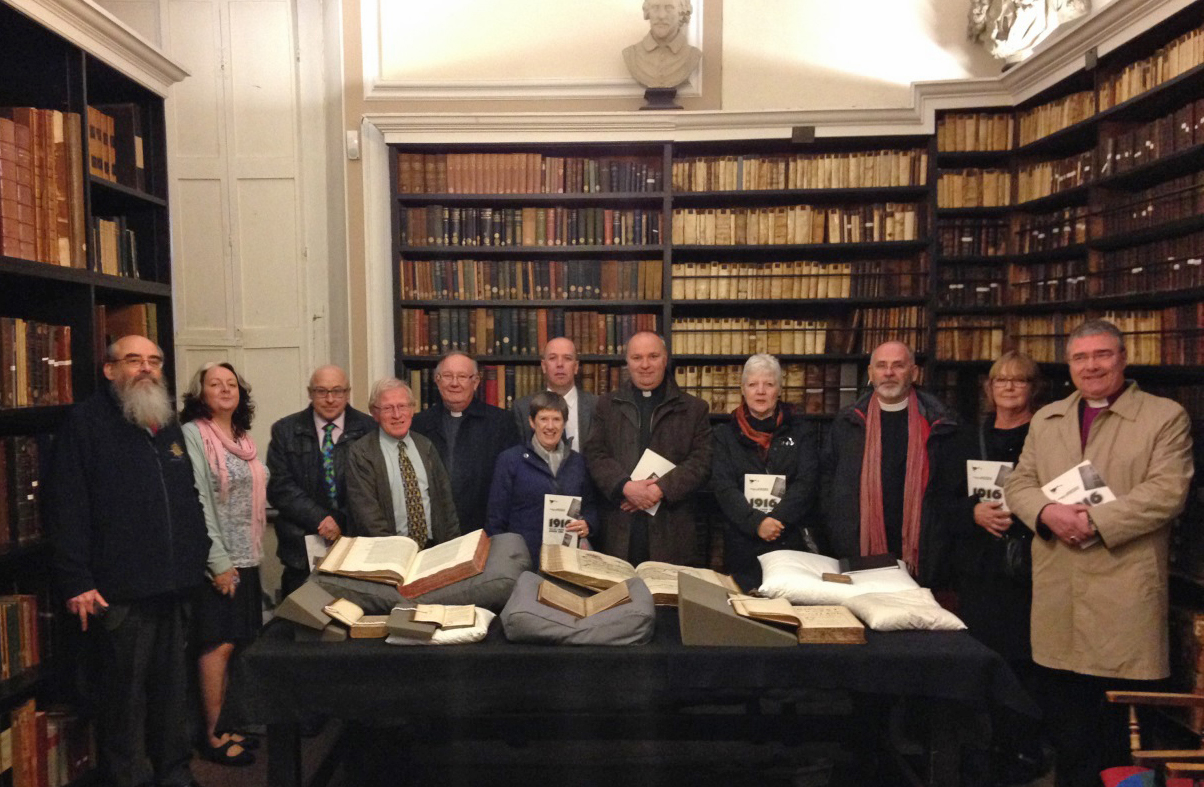