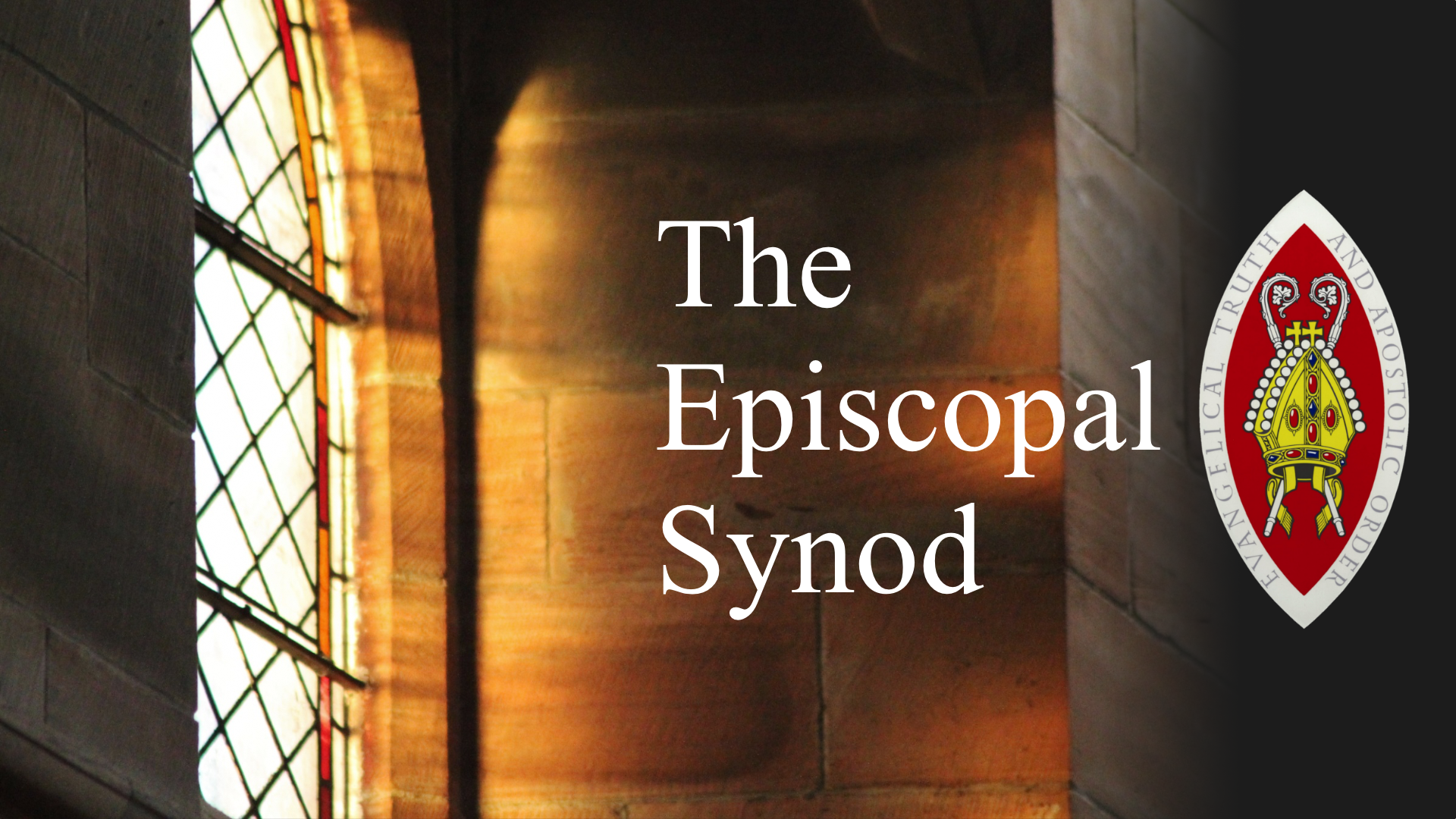 The Episcopal Synod, comprising all seven diocesan bishops, met online as planned this morning to consider the setting up of an independent mediation process to help the Diocese of Aberdeen and Orkney move forward from its current difficulties.

The Synod voted to meet in private and then unanimously agreed to set up such a process and appointed a Mediation Steering Group to oversee the process. The remit for the Steering Group is set out below.

The Group will be chaired by David Strang CBE, former HM Chief Inspector of Prisons for Scotland and former Chief Constable of Dumfries and Galloway Constabulary and Lothian and Borders Police. The other members of the Group will be the Rev Liz Crumlish and Morag Hendry. Further information about each member is set out below.

The bishops are grateful that all three have accepted an invitation to serve and for their willingness to offer their skills and experience to the Church in this way.

The Group will now commence work, initially, on appointing an external mediation organisation to scope, and subsequently undertake, a confidential mediation process. In setting up such a process, it is expected that a range of individuals within the diocese will be consulted.

The Group is aware of the need to move forward swiftly, and further information will be issued on behalf of the Group as soon as it is in a position to provide more details.

The bishops acknowledge that this is a difficult period for the Diocese of Aberdeen and Orkney, and recognises the level of hurt and upset experienced by a number of people. It has also been a challenge for the bishops themselves, and they have listened to a wide variety of differing opinions in recent weeks. They are in the process of considering what additional pastoral support can be made available.

Meanwhile, the bishops invite all members of the Scottish Episcopal Church to join with them in holding the Diocese, and the future mediation process, in their prayers and they encourage members of the Diocese to engage positively with that process, which they hope will help to bring healing.

The Steering Group shall be appointed by the Episcopal Synod to oversee a proposed process of mediation in the Diocese of Aberdeen and Orkney.

The Steering Group shall comprise three members, of whom one, appointed by the Episcopal Synod, shall act as chair.

Reasonable travel, accommodation or other expenses incurred by members of the Steering Group will be reimbursed by the General Synod of the Scottish Episcopal Church.

David Strang CBE chaired an Independent Inquiry into Mental Health Services in Tayside from 2018 to 2021. Before this, he was Her Majesty’s Chief Inspector of Prisons for Scotland for five years, responsible for the inspection and monitoring of Scotland’s 15 prisons. This followed a career in the police service in both London and Scotland, including serving as Chief Constable of Dumfries and Galloway Constabulary, and then Lothian and Borders Police. He gained an MSc in Organisational Behaviour at Birkbeck College, University of London and was awarded an honorary doctorate from the University of Stirling in 2018. David lives in Edinburgh and is a member of Mustard Seed Edinburgh, a pioneer church community established by St Paul’s and St George’s Church in 2017.

Rev Liz Crumlish has worked in the Church of Scotland for 30 years, in health care chaplaincy, parish ministry and, for the last seven years, in renewal and pioneering, mentoring leaders and congregations through transition and providing training in mission. Alongside these ministries she has offered pastoral supervision, encouraging colleagues to take time to reflect on their ministry. An associate of the Institute of Pastoral Supervision and Reflective Practice, she continues to offer pastoral supervision and teaches courses in Cross Professional Supervision. Having transferred ministry to the Scottish Episcopal Church, Liz currently serves as assistant priest at St Oswald’s Maybole in the Diocese of Glasgow and Galloway.

Morag Hendry is a graduate of St Andrews University and Cardiff University and holds Associate Membership of the Chartered Institute of Personnel and Development. Her early career was in corporate human resources roles. While raising a family, she changed career direction and in 2007 became the Youth & Children’s Officer for the Diocese of Edinburgh. From 2013 she has worked for various third sector organisations in people-focused roles and more recently has consolidated her third sector and HR experience working alongside charities as a freelance HR consultant. Morag has been an active member of the SEC since childhood, is a past Diocesan representative at General Synod and is currently a member of St Mary’s Episcopal Church, Dunblane.