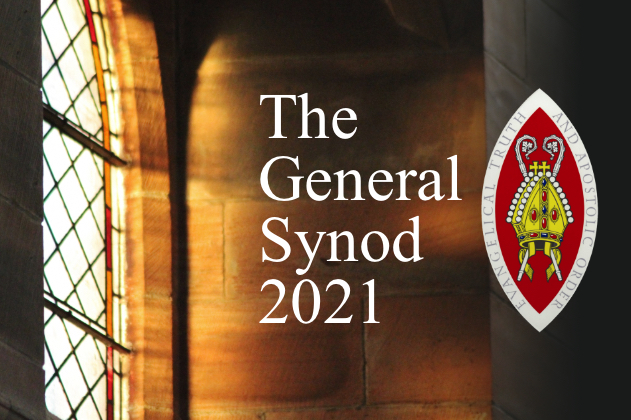 After members had backed climate change guidance and plans of action, the other main business of the morning session on day two of General Synod was the approval of three personnel policies during Session 5.

A Complaints Procedures and a Bullying and Harassment Policy were spoken to by Jan Whiteside, Convener of the Personnel Committee, who stressed that the policies were works in progress, and would require further work over the next year.

The Rev Alastair MacDonald, Diocese of Aberdeen & Orkney, tabled a series of amendments to both policies, and he told Synod that he was fully supportive of the original motions but sought to strengthen them.

While most of the amendments were carried, there was dissent from the floor over the desirability of shaping policy “on the hoof” during Synod, with the Very Rev Kelvin Holdsworth among the voices who felt that the matters addressed in the amendments would be better dealt with by the Personnel Committee.

The Rev Diana Hall, Diocese of Edinburgh, commented in light of her experience pre-ordination of a decade spent as a litigation solicitor with a specialism in defending court actions involving occupational bullying and harassment. She also represented professionals who were subject to regulatory disciplinary proceedings for alleged misconduct. 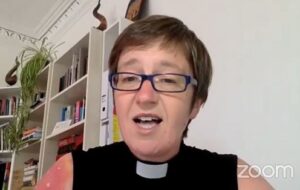 “A good complaints procedure safeguards procedural justice,” said Ms Hall, pictured above. “It gives detailed, time constrained, appropriately transparent frameworks, including relevant investigatory and appeals processes to give complainers, and those complained about, confidence in the procedure.

“This really matters: for people’s wellbeing, for the reputation of the Church, and for the Gospel teaching that we are to seek to be people of peace, to acknowledge and repent of sin, live in fullness of life, and care for one another under Christ.”

While Ms Hall said that she would support the policies, her backing was qualified. “I am concerned that as they stand they are incomplete,” said Ms Hall. “I welcome these first steps and applaud those involved in moving them forward. However, we can and we must continue this work.”

Session chair the Very Rev Frances Burberry, pictured below, confirmed the carrying of both the Procedure and the Policy following inclusion of amendments. 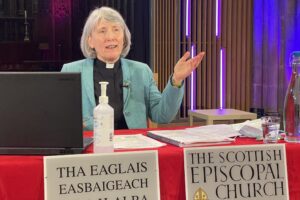 A further motion on holiday and time off provision for stipendiary clergy was backed by Synod, with only a single vote against it. The motion states that the working week for clergy will be five days, a reduction on the traditional six days.

Earlier, an indicative vote on the options available for Review of Canon 4 favoured an Electoral Synod, while three motions on Clergy Stipend were all carried, to ensure stipend keeps track of changes elsewhere and the rate of inflation.

In the afternoon, the Primus returned to the chair and Session 6 saw Alan McLean QC speak to a report from the Ethical Investment Advisory Group, which he chairs, after which Synod approved and adopted a policy framework for the investment of SEC Unit Trust Pool monies in pooled funds.

The next item saw members examine proposed budgets for the general Synod for the year 2022, and they then agreed to a quota figure of £660,000 for that year from the seven Dioceses to the Province.

The final item of business was a thought-provoking and challenging video from the Provincial Youth Committee on the urgency of tackling the climate crisis.

“We are constantly asked, as young people, to speak about climate change,” said Mia, from the Diocese of Brechin. “But there is nothing left for us to say. Whether it is the scientific facts, the state of the world, or how to move forward, anything we could say has already been said by everyone, from David Attenborough to Greta Thunberg.

The PYC video can be watched here.

After Evening Prayer, the Acts of Synod were confirmed and General Synod 2021 was closed.