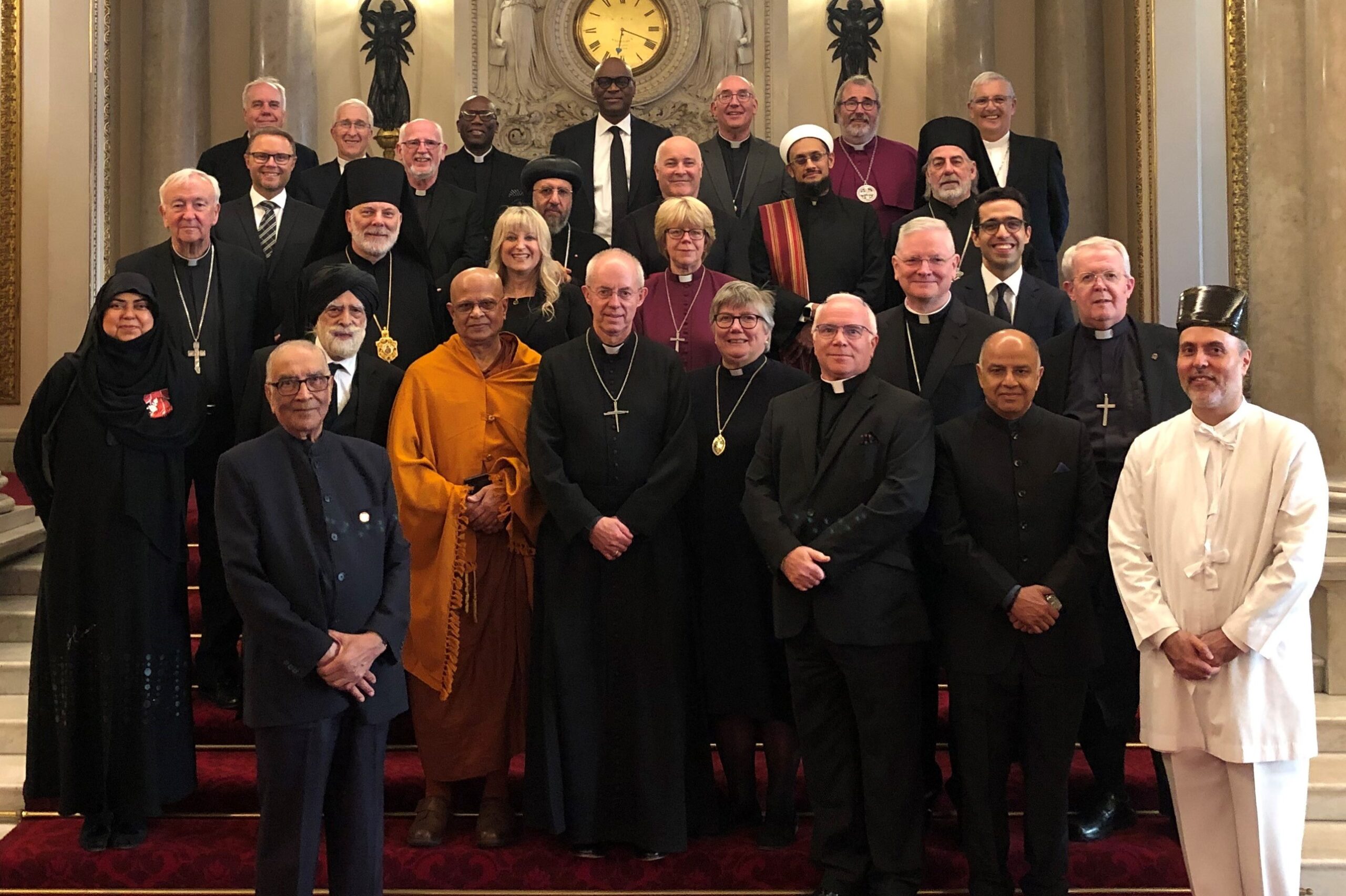 The Primus of the Scottish Episcopal Church was among faith leaders who were invited to meet His Majesty The King at Buckingham Palace on Friday evening.

For the Primus, it was a second encounter with the King in a short space of time, having met the new King at the Scottish Parliament on Monday evening following the Service of Thanksgiving for the life of Her Majesty The Queen at St Giles’ in Edinburgh.

“The King spoke of his own Anglican faith and his desire to be a king for all his people and to honour their faiths,” said the Primus, Bishop Mark Strange, after the Buckingham Palace engagement.

“He spent time with us all, and I found him clearly comfortable in the company of the faith leaders. We even managed to talk about the Old Deeside railway line.

“I heard my King speak powerfully of his faith and the faith of others. I felt uplifted by his words.”

King Charles told leaders: “As a member of the Church of England, my Christian beliefs have love at their very heart.  By my most profound convictions, therefore – as well as by my position as Sovereign – I hold myself bound to respect those who follow other spiritual paths, as well as those who seek to live their lives in accordance with secular ideals.” 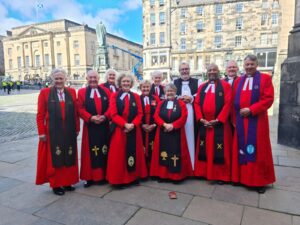 On Monday, the Primus will attend the State Funeral of Her Majesty The Queen, at Westminster Abbey. A full rehearsal was held on Saturday.

On Sunday, the Primus has been invited to attend and speak at a service of the Ukrainian Catholic Eparchy of the Holy Family of London.

(Picture above: The Primus of the Scottish Episcopal Church with the Royal Chaplains outside St Giles’ in Edinburgh earlier this week, on the occasion of the Service of Thanksgiving for the life of Her Majesty The Queen.)