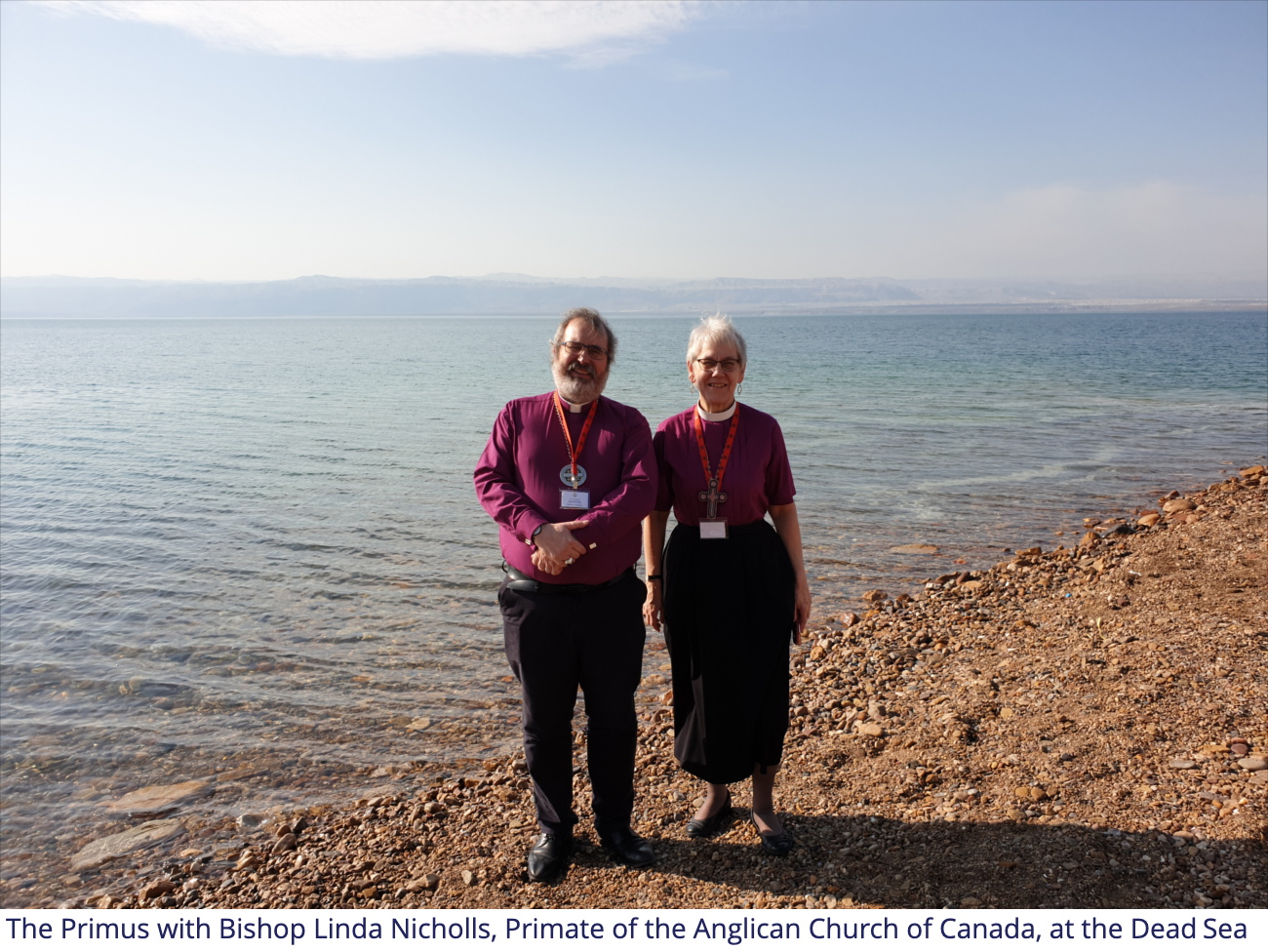 Bishop Mark Strange, Primus of the Scottish Episcopal Church, reflects on his experience at the Primates Meeting in the Holy Land last month, where the leaders of the Anglican Communion gathered at the shores of the River Jordan.

I have now had a couple of weeks to think about the recent Anglican Primates Meeting in Jordan and to consider the business and the fellowship of the five days.

There is always something special about gathering in the Holy Land. The hotel overlooked the Dead Sea, the lights of Jericho could be glimpsed at night, the River Jordan flowed through the landscape and these were places that Our Lord had walked through. That atmosphere gave us a good starting place.

For me, I was also in a different place from my previous meeting, for I have visited many parts of the Anglican Communion, attending events where I have met and built relationships with other Primates. Despite our differences over certain issues I felt I was amongst many friends, and ready to build on that in the days ahead.

The Communique that was issued at the end of the meeting says everything that needs to be said and it would be inappropriate for me to add or subtract from that agreed piece of work. So I offer these reflections.

To share in the Eucharist at the place of Jesus’s Baptism, to renew our Baptismal Promises together at that place was powerful and emotional. I wept quietly as I stood looking into the waters of the Jordan. The later visit to the chapel on Mount Nebo, looking out over the “Promised Land” and seeing the view as seen by Moses filled me with a sense of sadness, so aware of the divisions and inequalities in that land.

There were moments of wonderful hospitality, such as at a local home in Amman – at the Church School at Salt – and when we met with the King of Jordan. There were also moments of concern: the amount of plastic water bottles strewn along the roadsides was quite shocking, though it was clear that the communities are trying to do something about this. We saw the remains of camps which I suspect were for the many refugees that have now made their home in Jordan. A third of the population are refugees – a wonderful example of care that we could think about here in the UK, where we seem so determined to keep people out.

The issues of the Anglican Communion are still with us; there are Provinces that may not be at the Lambeth Conference and we are still excluded from parts of the work of the Communion. That still hurts but this Primates Meeting allowed us to address the concerns we all have: issues of global environmental destructions, issues of abuse and power. In the end surely those are the issues of the Great Commission, the issues we are all called to address together.

Article at the Anglican Communion News Service: Anglican primates renew baptism vows on the shores of the River Jordan