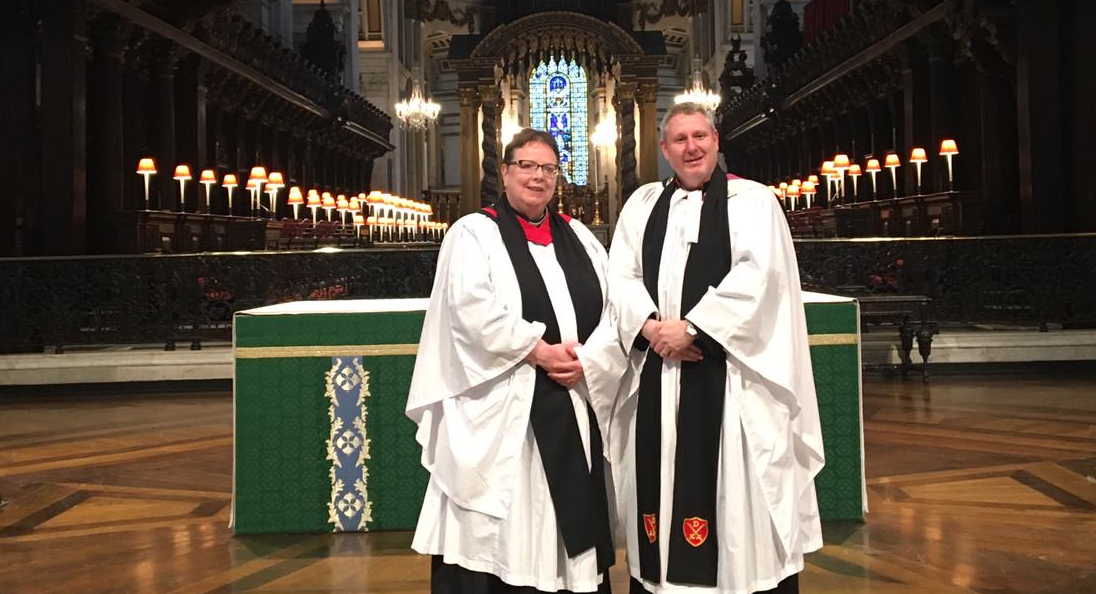 February has had a truly Episcopalian flavour for the congregation of St Paul’s Cathedral, London! Keen to build connections with the Province in which he previously worked, the Revd Canon James Milne, formerly Rector of St Bride’s, Diocese of Glasgow & Galloway, and now Residentiary Canon and Precentor in St Paul’s, invited two SEC clergy to preach during the month. The Revd Canon Dr Marion Chatterley, Vice-Provost of St Mary’s Cathedral, Edinburgh, preached at Candlemas and the Revd Canon Anne Tomlinson, Principal of the Scottish Episcopal Institute, on the Sunday next before Lent. 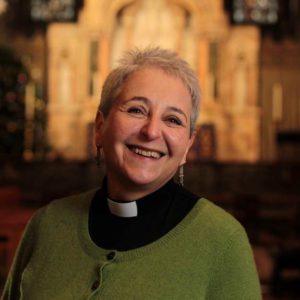 To add to the Scottish flavour, the Revd Andrew Richardson, formerly Rector of the East End charges, Diocese of Glasgow and Galloway, is currently the Interim Chaplain in the Cathedral, and final year ordinand Russell Duncan will spend a week’s intensive placement there during Holy Week, the first time an SEI student has done so.

Anne writes: ‘’To sit in the choir stalls wrapped around by the singing of Fauré’s Cantique de Jean Racine and then to preach on the Transfiguration immediately afterwards was indeed a mountain-top experience.”
The photo shows Anne with the Revd Canon James Milne, Residentiary Canon and Precentor.