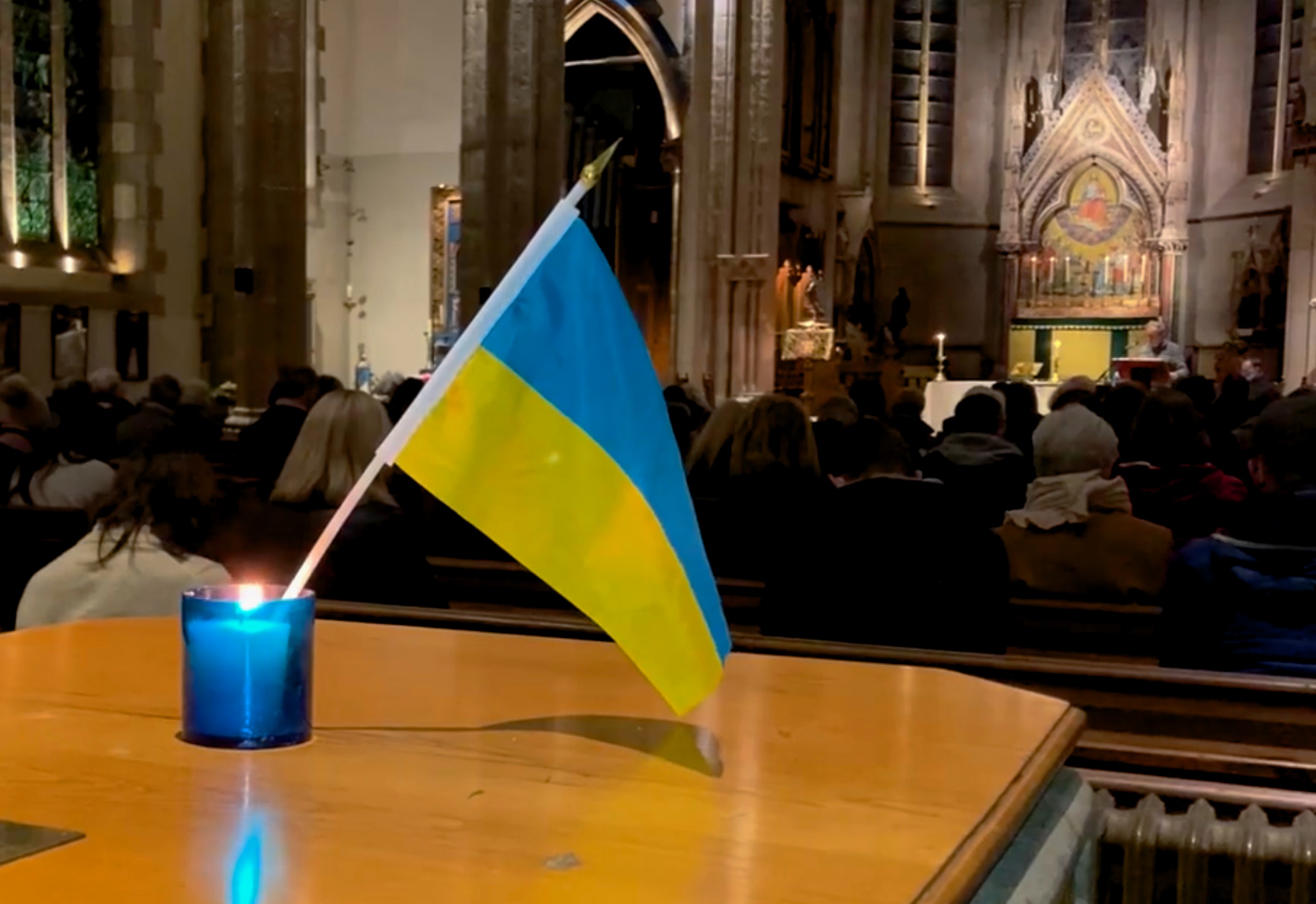 The war in Ukraine has seen many Scottish families open their doors to refugees who have fled their homeland in the face of Russian aggression.

In the first of a series of articles to be published on the Scottish Episcopal Church website, we feature one of the many people who have offered a home to a displaced family.

Father Gary Clink, Curate at St Mary’s in Arbroath, Diocese of Brechin, found the Sapiha family through a Facebook group and offered to sponsor them via the Homes for Ukranians scheme, and they arrived at his home after a ten-day journey from Melitopol in the south east of Ukraine, in what is now Russian-occupied territory. 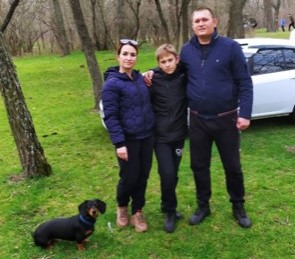 Ruslan, 35, his wife Anna, and their 12-year-old son Kiril had to drive through Crimea, cross the Kerch Bridge that was partially blown up last week, head up through Russia, endure a two-day wait at the border to get into Latvia, then down through Lithuanian, Poland, Germany and the Netherlands where they boarded a ferry to Newcastle and then drove up to Montrose.

“The family have settled in exceptionally well,” says Fr Clink. “Kiril is now attending Montrose Academy and plays football at the Montrose FC ground through the Montrose Community Trust. Ruslan is looking for work as a welder, and Anna is after some temporary work – possible as a cleaner or work on a farm, though she is open to ideas.”

Language has turned out to be a difficulty for the family, because although Ruslan was able to get an interview with a welding company in Scotland, he didn’t get the job because he did not have the technical vocabulary to be able to carry out the required tasks.

“What we’ve found is that although the council is supportive in giving people English, it’s a one-hour lesson per week,” said Fr Clink.

“You’re not going to learn English in one hour. There needs to be a more intensive, immersive English course for people because without it, they’re not going to be able to find jobs.

“Intensive English language courses would be most useful in providing essential skills to be able to get by.  If I could find funding (and a lecturer and curriculum) I think we could even offer to host a course in the church. It’s an idea worth exploring and one I plan to raise at vestry.”

The family’s experiences, and those of other refugees among the 20,000 who have come to Scotland since the war started, have been featured by BBC Scotland. 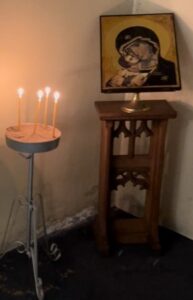 Meanwhile, Fr Clink has also been involved with the Vestry at St Mary’s in the setting up of an ‘Orthodox space’ in the chuch. It consists of icons and candles to provide a space for the Orthodox community to be able to offer devotions and prayer.

“We felt that this was needed as we respond to being ‘one holy catholic and apostolic church’ as the nearest Orthodox church is in Dundee, which is not easy to get to when you have limited funds or access to transport,” explained Fr Clink. “It’s still early days with this project, but I have been in contact with Fr Avraamy Neyman, an Orthodox priest, who looks after both Dundee and St Andrew’s University Orthodox communities.  He has visited us in Arbroath, led Orthodox prayer with some of the Ukranians, and said he would be willing to celebrate an Orthodox Christmas liturgy at St Mary’s, if we can get enough interest; ideally though we need the Ukrainians to form a choir to help sing the liturgy.

“There is a lot going on and I hope we can continue to do more to welcome our guests.”

A video of the Orthodox space can be viewed here.

Supporting Ukraine, Part 2: Churches give community ‘their own space’